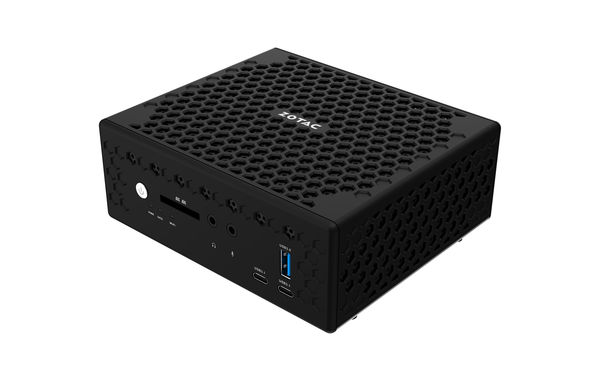 MAGNUS is designed for gaming and entertainment. Hosting power that surpasses the requirements for experiencing virtual reality, MAGNUS is an ideal solution for both high-end gaming, premium entertainment, and much more.

“Small, powerful, and whisper quiet” continues to be the hallmark of the MAGNUS series. An Intel 6th generation Skylake CPU, a dedicated NVIDIA GeForce® GTX 10 series graphics, and DDR4 memory support to generate the power to play even the latest games with intricate details and silky smooth frame rate.

The graphical performance breakthrough comes from NVIDIA GeForce® GTX 10-series, providing more memory, higher GPU clock and wider memory bandwidth. The result of these improvements deliver up to double* the relative performance from their predecessors. All performance gains come with the added benefit of lower TDP.

DDR4 memory support is also implemented for the first time on the MAGNUS series gaming machines. Wider memory bandwidth, faster clock speed and quicker transfer rate are all on the table, but the greatest feature is its significantly lower operating voltage, meaning it draws less power and produces less heat.

Another innovation for the MAGNUS is the added support for PCIE x4 M.2 storage. SATA SSDs are common on most computers, but not all can reach read and write speeds of over 1,000MB/s. Not only will users feel the difference while booting up, it can become the difference in gaming where a fraction of a second is the decider.