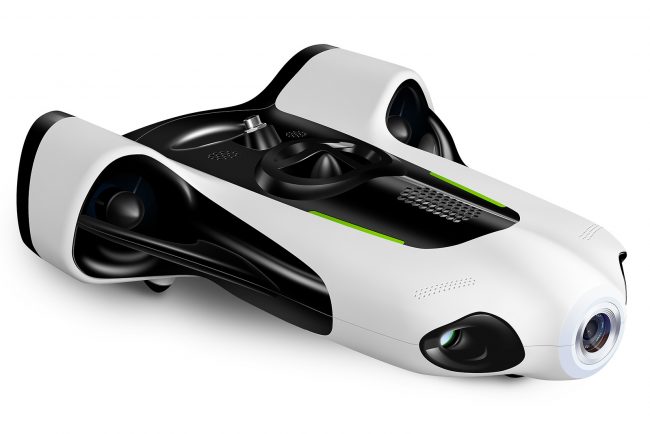 BW Space is the second generation underwater drone from YouCan Robotics, following the BW1 which was released in 2017. The latest version brings the addition of smart tracking where users can lock in their target through the YouCan app  (iOS & Android), making shooting images more precise. The BW Space also has an automatic light adjustment feature that intelligently adjusts the lighting according to underwater conditions. It is equipped with two 1380lm LED lights, while BW1 features 1200lm.

With a user-friendly remote controller, hand-held design, 4K Ultra-HD video capture, and 12MP camera, users can experience an underwater world in HD and capture vivid images. Battery life has been extended for up to 7 hours and holds 128GB of SD storage to house all your underwater adventures and memories. The BW Space camera films in 30FPS for smooth quality capture, and the camera can rotate +45° to see anything above or below.

Based on various pledge levels, campaign backers will receive a 50-150m tether that connects to BW Space to ensure a solid connection for video & camera footage. To operate, users must connect the tether to the drone and then use the YouCan app to connect to BW Space. The drone will then transfer live broadcast images and videos for users to watch via their laptop, smartphone, or tablet. These devices also act as the drone’s means of navigation. BW Space also comes equipped with a custom waterproof backpack and trolley case, to easily transport the drone from land to sea.