Home Blog Why Wearables Will Change the Future of Clinical Trials 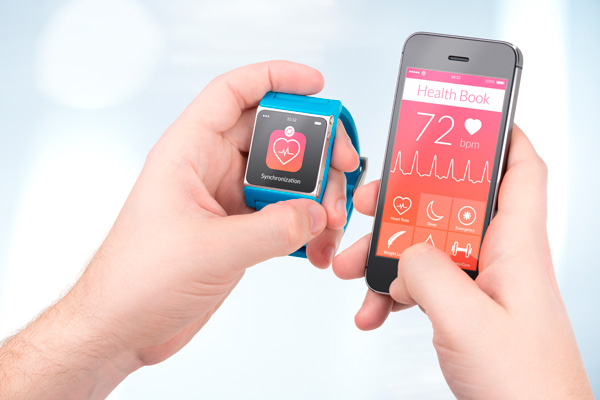 Chances are, if you are like many adults, you have some sort of wearable fitness device on your wrist right now. Whether you’re focused on getting in plenty of steps each day, burning a certain number of calories, tracking your sleep, or some combination of measurements, your FitBit, Jawbone, Apple Watch, or other device is undoubtedly an important part of your everyday routine. With millions of people using devices to help take control of their health and fitness, it seems only natural that the medical research community would want to tap into the power of the data these devices collect. After all, a great deal of clinical research relies upon objective measurements of specific activities and functions, so it makes sense that a wearable device could be a useful tool when it comes to conducting research related to new medications and other treatments.  In fact, there is some speculation that wearable devices could be a catalyst for change within the entire clinical research industry.

The Benefits of Wearable Devices in Clinical Research

Successful clinical research studies rely on data; without adequate data, it’s impossible to conduct an accurate clinical outcome assessment and reach valid conclusions. And if there is one thing that wearable devices produce, it’s data. Most people rarely remove their wearables for very long, and consistently synchronize the device to a mobile application in order to get an overall picture of their activity levels and other measures.

The fact that individuals are already familiar with and comfortable using wearable devices is a major benefit to clinical research. In typical studies, participants record data manually, using paper logs or voice activated systems, or enter information into an application if the study offers an electronic option. While these methods certainly work, they also require participants to not only take a measurement (such as a blood pressure reading or temperature, or record their sleep and wakeup times) and record it manually. There is a great deal of margin for error there, especially if the researchers also need to manually input data from written logs into study databases. With a wearable device, all information is recorded continuously and automatically, and transmitted to the researchers via the internet, helping ensure a higher level of accuracy.

Wearables also have the potential to take additional readings that might not otherwise be possible with a paper log, or without a visit to a health care provider’s office. Some studies, for example, are using devices that collect additional measurements such as respiration, blood pressure, pulse, body temperature, and even bodily fluids, to get a better overall picture of the subject’s health.  When data is only submitted intermittently, such as during testing in a clinical setting, researchers have a limited number of data points on which to base their conclusions. With wearable devices, researchers have significantly more data points, which create a better, more complete picture, and will be able to more conclusively prove the efficacy of a drug or treatment.

And if the treatment isn’t working as it should, or there are unexpected side effects, wearable devices allow for more rapid intervention. Again, occasional visits to a provider only provide snapshots of the patient experience. Ongoing monitoring via wearable sensors and data analytics can identify serious problems sooner, helping not only to make improvements to the treatment but potentially saving money on the study. While wearable devices offer plenty of benefits to clinical research, and there have already been more than 200 studies using them, there are some concerns that researchers need to consider before choosing this method of data collection.

Still, despite the drawbacks, wearable devices show a great deal of potential for the future of clinical studies — and the future of medicine. Expect to see more studies incorporating wearables in the coming years, and don’t be surprised if it becomes the research standard for all studies.