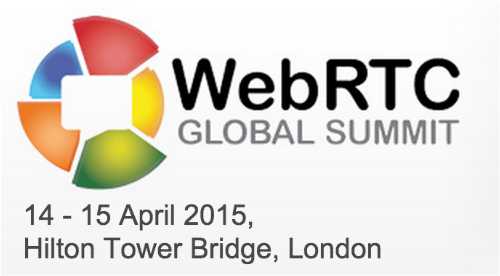 WebRTC Global Summit — April 14-15, 2015 — London, UK. Initially thought of as a major disruptor to telecom companies, many view it as an exciting opportunity for operators, developers and vendors with innovative ideas and applications starting to emerge. It is estimated that by 2016 there will be 4.2 billion WebRTC enabled devices worldwide, so what are these new use cases, and how can WebRTC be used to create new revenue? Who stands to gain the most from harnessing WebRTC and how should telcos approach it? It is widely accepted that WebRTC will play a role in the future of human interaction but how big a part will it play and what does the future hold? The WebRTC Global Summit will bring all parts of the ecosystem together, including telcos, mobile operators, OTT and VoIP players, developers, enterprises and analysts. The event will be looking at how WebRTC can move forward and the commercial opportunities it holds, as well as early adopter lessons and developments.