Home Telecomm Use Your Qnap Nas As A Wireless Base Station With The New... 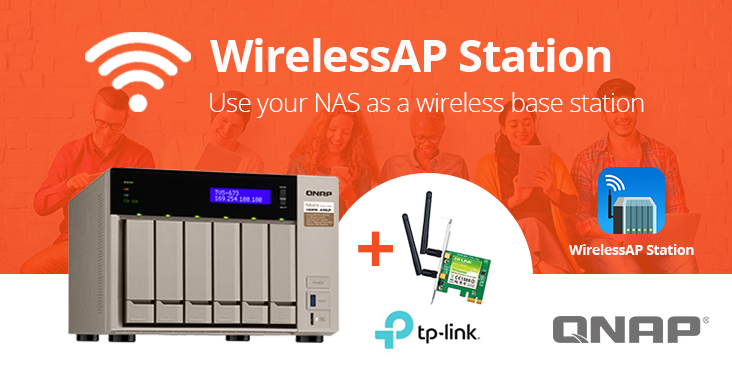 Use Your Qnap Nas As A Wireless Base Station With The New Wirelessap Station – Jan 22, 2017– Taipei, Taiwan (Techreleased) –  QNAP® Systems, Inc. today released WirelessAP Station, a convenient app that allows QNAP NAS with installed PCIe wireless network cards to be used as a wireless base station. QNAP received plaudits at CES 2017 for its numerous innovations and willingness to break boundaries. “WirelessAP Station allows users to directly connect their devices to their NAS to access files and services without affecting network performance,” said Hanz Sung, Product Manager of QNAP, adding “WirelessAP Station not only provides a wireless base station service, but also creates an independent and secure wireless network.”

QNAP NAS models with multiple PCIe slots can have additional wireless network cards installed to create independent base stations, allowing for more diverse connectivity options. WirelessAP Station is also beneficial for building a private Internet of Things environment, allowing users to set up a secure independent network that does not pass through other networking devices.