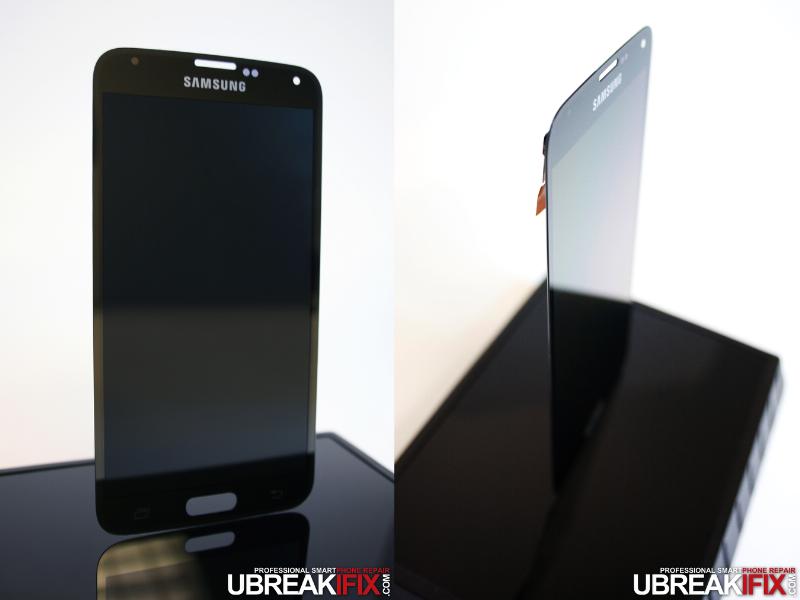 uBreakiFix the First in U.S. with Samsung Galaxy S5 Repair Components – Apr 10, 2014– Orlando, USA (Techreleased) – uBreakiFix, a consumer electronics repair company rated 13th in the 2013 INC 5000, has acquired Samsung Galaxy S5 Glass/LCD assemblies prior to the device’s release. uBreakiFix is currently distributing these repair components to its 70+ locations nationwide making them the first to carry parts and offer repair services for the newest Samsung mobile device. The latest from Samsung: the Galaxy S5 will be officially released in the US this Friday, April 11 through various nationwide mobile carriers. Some of the main feature on the new device include upgrades to the front and rear-facing cameras, a larger form factor with a 5.1-inch display (the previous generation donned a 5-inch display), a finger print scanner, a heart rate monitor, USB 3.0 and IP67 certificated Dust and Water Resistant coating to name a few. The SUPER AMOLED display, which claims 1920 x 1080 resolution and 432 pixels per inch, will be covered with a layer of Corning Gorilla Glass 3 according to the Corning web site. Corning Gorilla Glass 3 also boasts scratch and Native Damage Resistance.  Past gorilla glass variations have been effective against damage, but were still susceptible to cracking under the right (or wrong) circumstances. Devices such as the Samsung Galaxy S4, with Corning’s Gorilla Glass 2 have proven to be susceptible to damage despite the strength the gorilla glass boasts, making this device one of the top repaired devices by uBreakiFix in the past year.

uBreakiFix was founded in 2009 as an internet based mail-in electronics repair company and quickly discovered the need for a faster turnaround time and face-to-face customer interaction. uBreakiFix has revolutionized the electronics repair industry through industry-leading customer service, technical knowledge and warranty policy. Today the company operates more than 70 repair locations nationwide, and is expanding rapidly. “Our goal is to bring while you wait repair and unmatched service to the consumer” said David Reiff, uBreakiFix Co-Founder “There isn’t really anyone else offering this level of service in the industry and we realized the niche we could fill in the market to offer people a reasonable, sustainable approach to the repair of consumer electronics. We pride ourselves in offering repair services for cutting edge devices no matter how new.”