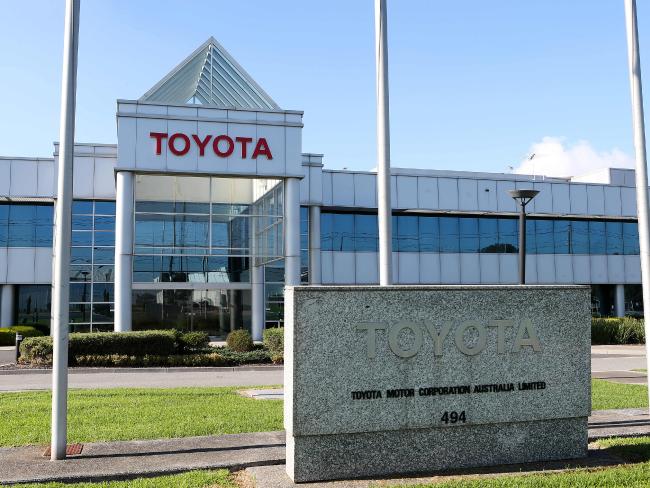 The Hydrogen Centre is part of a larger plan to transform the former Altona site into a Centre of Excellence.

ARENA will contribute $3.1 million towards the Hydrogen Centre development, with Toyota Australia investing the remaining $4.3 million.

Toyota Australia’s President and CEO Matt Callachor said the Hydrogen Centre announcement was a step towards the company meeting its target of zero CO2 emissions from sites and vehicles by 2050.

This is a very exciting time for Toyota Australia. Today’s announcement with ARENA aligns with our global drive to promote sustainable mobility and to play a leading role in the transition to a decarbonised future,” Mr Callachor said.

“Hydrogen has the potential to play a pivotal role in the future because it can be used to store and transport energy from wind, solar and other renewable sources to power many things, including vehicles like the Toyota Mirai Fuel Cell Electric Vehicle (FCEV).

“Right now, the biggest factor to the success of hydrogen being widely available is the lack of infrastructure. The sooner we move to a zero emissions society, the better, and Toyota is committed to making this a reality.”

“Toyota is helping to pave the way for more renewably powered vehicles in Australia, where the uptake of electric vehicles has been slower than other countries.

“The demonstration of low cost hydrogen production and distribution is key to the uptake of hydrogen-powered electric vehicles in areas such as truck, bus and government fleets.

“Australia holds a competitive advantage to play a global role in the emerging hydrogen export market due to our existing expertise and infrastructure. We’re excited to see Toyota add their skills to the mix and be a major player in increasing the reach of hydrogen applications in different sectors,” Mr Miller said.

Construction on the Hydrogen Centre will commence this year, with the education centre expected to be open by December 2019, and the electrolyser and hydrogen refuelling station fully operational by late 2020.

Once up and running, the hydrogen refuelling station will be able to fill a vehicle, like Toyota’s Mirai Fuel Cell Electric Vehicle (FCEV), in between three and five minutes.