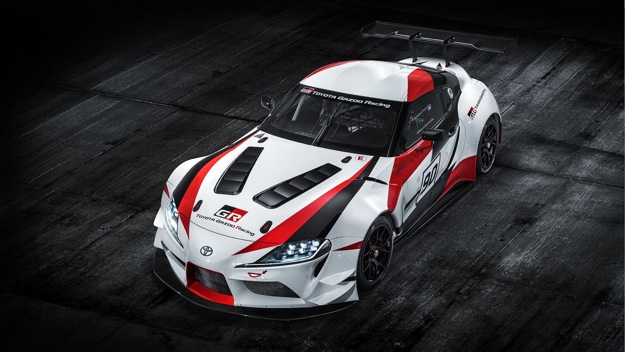 The GR Supra GT4 Concept has been designed and engineered to comply with international motorsport regulations for GT4 series races – one of the fastest growing categories with international and national competitions across the globe.

“A GT4 racing version will offer even greater performance, building on the supreme handling and agility from the production car’s front-engine, rear-drive layout, its rigid lightweight body and perfectly balanced chassis,” he said.

At the front, a specially designed diffuser has been added, which together with a rear wing, improves airflow around the chassis, reduces drag and optimises downforce.

The GT4 category was established in 2006 as an entry point into GT sports car racing. Sanctioned by the international motorsport governing body FIA, it features largely manufacturer-built modified production cars that are available for teams to buy as a value-for-money, turn-key package.

Toyota GAZOO Racing will evaluate interest from potential customers before deciding on any further development of the GR Supra GT4 Concept.