Home Automotive Toyota Invests In The Future Of Landcruiser 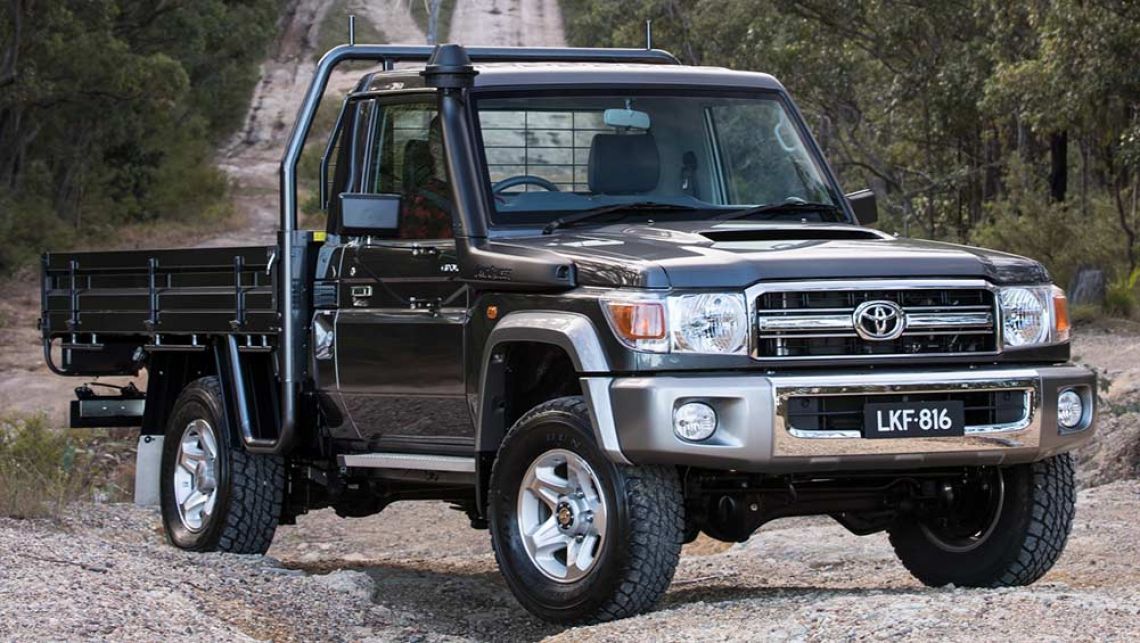 Single cab-chassis variants benefit from a frame that is larger and stiffer, additional airbags, revised body panels, new front seats and a raft of other changes that improve its safety performance.

Other major improvements to the LandCruiser 70 Series include engine upgrades that have reduced fuel consumption by up to 10.1 per cent* while resulting in improved responsiveness, more relaxed driving and lower emissions.

The high-torque 4.5-litre turbo-diesel V8 engine has gained a diesel particulate filter and piezo-electric injectors while the five-speed manual transmission’s gearing is taller in second and fifth gears. Cruise control is new to the standard equipment list.

Additional upgrades to the WorkMate grade include replacing split-rim steel wheels with a wider single-piece 16-inch design, matched for the first time to tubeless tyres.

“These extensive engineering and specification updates guarantee the future for the LandCruiser 70 Series and its unrivalled combination of reliability, towing, payload and off-road ability,” Mr Cramb said.

“For more than 30 years, miners, farmers, governments and many other users have turned to the go-anywhere 70 Series to traverse the most inhospitable terrain and complete the toughest jobs.

“Toyota Australia was determined to return their loyalty and, with the support of our parent company, devoted significant resources to ensure we and our dealers could continue to meet demand. The only alternative was to walk away from this model – and that was not an option.”

Mr Cramb said Australians had bought more than a quarter of a million of these rugged workhorse vehicles – or almost one in five of the total number sold around the world.

“Such is the popularity of the 70 Series, Australian customers continue to buy around 8,000 a year come rain, hail or shine,” Mr Cramb said.

The single cab’s new frame is bigger and stronger with greater torsional rigidity due to thicker side rails and seven cross-members, including one that is new and three that have been re-engineered.

In addition to improving safety, the new frame reduces noise, vibration and harshness and contributes to improved handling and stability without affecting ride comfort.

Engineers have developed 12 new or thicker body panels to contribute to improved safety, including the bonnet, pillars, doors and floor.

Other improvements for this top-selling variant include under-dash padding for the passenger and relocation of the steering link behind the front axle, for increased safety.

Telescopic dampers have been recalibrated during local tuning of the single cab’s robust suspension set-up to complement the stiffer frame.

Combined-cycle fuel consumption for LandCruiser’s 151kW/430Nm turbo-diesel engine falls to 10.7 litres/100km*, an improvement of as much as 10.1 per cent.

The steering link for the single cab-chassis is now located behind the front axle, improving safety and requiring the introduction of a single 130-litre fuel tank – the same size as specified for wagon and double cab-chassis models. The troop carrier continues to be fitted with two 90-litre tanks.

Newly adopted VSC automatically disengages in low range. A-TRC, which eliminates the need for a limited-slip differential, operates in high and low ranges, but can be disengaged for sand. The latest HAC^ is designed to prevent the vehicle rolling backwards on an incline for approximately two seconds.

All new 70 Series workhorses are now fitted with front seatbelt pre-tensioners and a passenger seatbelt reminder.

As part of the overall upgrade, LandCruiser 70 Series has a new bank of 10 fuses for safe and easy connection of accessories.

The LandCruiser 70 Series range retains its ability to offer maximum payload and the maximum 3,500kg towing capacity at the same time.