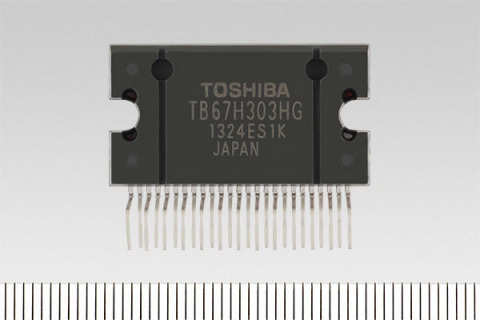 High output current and voltage are required for motor driver circuits in industrial equipment. That makes it difficult to design circuits with a single driver IC, as the high current generates heat. Multiple discrete semiconductors are generally used in order to reduce heat generation in each component.

“TB67H303HG” adopts the latest high voltage analog process, reducing on resistance to 80% that of its predecessor[3], to 0.2Ω or less. The new IC contributes to the reduction of discrete semiconductor devices, and to simplification and downsizing of applications.