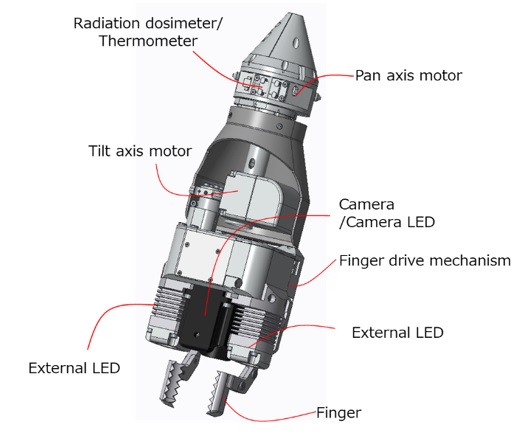 Toshiba Develops New Device To Investigate Deposits In The Interior Of Primary Containment Vessel At Fukushima Daiichi Unit 2 – Jan 29, 2019 – Kawasaki, Japan (Techreleased) – Toshiba Energy Systems & Solutions Corporation (hereinafter referred to as Toshiba ESS) today announced that it has developed a device that investigates the status of deposits at the bottom of the pedestal area interior of the primary containment vessel (PCV) of Fukushima Daiichi Nuclear Power Plant Unit 2.

A February 2017 investigation by Tokyo Electric Power Company Holdings (TEPCO) using a small robots, etc, developed by Toshiba ESS and the International Research Institute for Nuclear Decommissioning (IRID) found that part of the grating of the platform inside the PCV had been dropped. Toshiba ESS and IRID developed a suspended pan-tilt camera attached to a telescopic guiding pipe, and a subsequent investigation held in January 2018 showed that there were deposits at the bottom of the PCV.

Commenting on the development of the device, Goro Yanase, Vice President of the Nuclear Energy Systems & Services Div. at Toshiba ESS said, “We will continue to advance technology development and contribute to investigation of the interior of the Fukushima reactors.”

The device is scheduled to be shipped to Fukushima Prefecture today and deployed to the interior investigation of the PCV at Unit 2 in February after the installation.