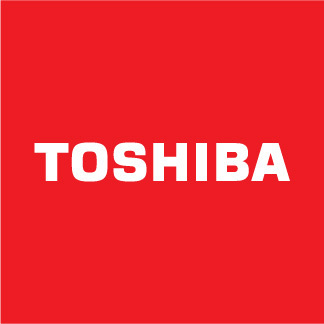 Toshiba Develops New Chip Authentication Technology Using Transistor Noise – June 19, 2015– Tokyo, Japan (Techreleased) – Toshiba has developed a novel method of utilizing random telegraph noise (RTN) originating from insulating material faults to implement a physical unclonable function (PUF), an important security technology that has attracted considerable attention in recent years. The method, which will contribute to the creation of safe and secure cloud services for smart communities, was announced at the VLSI Technology Symposium, an international conference on semiconductor devices to be held on June 16 in Kyoto, Japan. As the Internet of Things continues to make progress and more and more devices are connected via networks, security is increasingly important. PUFs contribute to improved security technologies for encryption and authentication by using a chip’s “fingerprint”, a unique identifier resulting from variations in the devices in an electronic circuit. PUFs are attracting attention because they secure a high degree of unclonability at a low cost.

There are two kinds of PUFs, memory-based PUFs and delay-based PUFs, both of which have been commercialized. Memory-based PUF systems use individual differences in the initialization status of memory cells immediately after they are powered up, while delay-based PUF systems use differences in wiring delays within the circuit. The memory method mainly makes use of variations in the threshold voltage that determines the transistor ON/OFF state as the PUF fingerprint. However transistors degrade with use and the threshold changes over time, raising concerns that initially established IDs will change. There is a pressing need for more reliable PUF mechanisms that do not vary over time.

Toshiba’s innovative solution focuses on RTN, a factor behind image degradation in CMOS image sensors and data inversion in transistors and memories. While RTN can be reduced, its complete elimination is difficult. Detailed investigations and analyses of RTN focused on the randomness of time constants for the defects that contributing to its “fingerprint” (uniqueness and difficulty of replication) and stability against electrical stress durability, have realized the first ever application of RTN to a PUF security technology. The result is a novel algorithm and actual measurement evidence for an RTN-based PUF that can be utilized over one million times.
Toshiba will now work to achieve the rapid implementation of the proposed technology in order to further improve the reliability and performance of PUF security systems.