Home Blog The Unique Features of the Scion tC 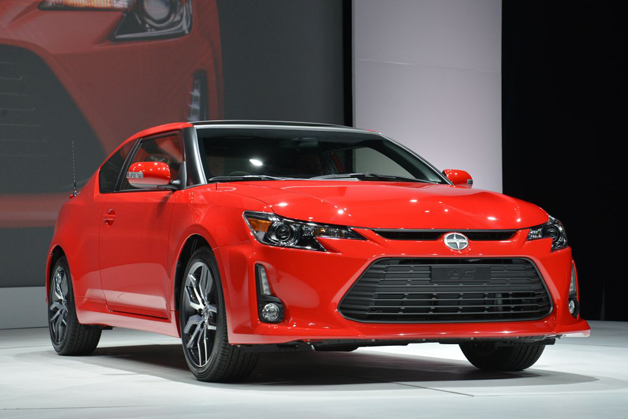 Ten years ago Toyota set out to create a lineup of vehicles that were founded in their existing tradition of excellence but that also captured their heritage as a performance sport car manufacturer. After a great deal of work Toyota launched a brand new marque to appropriately distinguish these new vehicles. The Scion auto marque has proved to be one of the most intriguing of all vehicle brands. In contrast to the average age of a Toyota customer, 54 years as of 2007, the average age of Scion’s customers is 39 – the very lowest average age in the industry. Clearly, Toyota’s engineers and vehicle designers have managed to connect with the tastes and expectations of twenty-first century car buyers. Scion’s lineup includes just five vehicles. The FR-S sports car, the boxy hatchback xB, the tC compact sports coup, the xD subcompact hatchback, and the small yet powerful two door iQ make up the general lineup. Limited edition release series like the Monogram Series, Ten Series, and Release Series include these models and give them additional features and distinctive body colors to set them apart from the general release models. For instance, the Ten Series vehicles were all given Silver Ignition paint and illuminated electric blue details inside and out. Customers interested in the tC will be pleased to know that a few Ten Series vehicles are still available.

The tC sport coup has proven to be one of the most popular of these five vehicles. Its sporty exterior, responsive handling, and sleek lines appeal to city drivers and commuters in particular. The tC was part of the original lineup and has seen two generational upgrades since its initial release; the third and current tC generation was introduced with the release of the 2014 model year vehicles. Many customers are interested in scion tc comparison shopping; are the new models an improvement over previous ones? How does the tC compare to other vehicles in the Scion family? Does the tC deliver the same dependability as other vehicles in the Toyota family?

Unlike other members of Scion’s lineup, the tC has only ever been released in a single color for each model year. In 2012 the iC was High Voltage Yellow and in 2013 it was Absolutely Red. Like Scion’s other vehicles, the tC has been produced in limited numbers each year. There were 2,000 units produced for the 2013 model year. Each authorized dealer received just a few tC vehicles each year. This exclusive release strategy has helped build hype and strongly appeals to a customer base savvy to the value of customization and personalization.

There have been several changes made to the 2014 tC. The same advanced LED technology used for the headlights is now being used for the taillights as well. The headlights now have an auto-off feature that prevents battery depletion if the lights are accidently left on. The vehicle’s body rigidity has been increased and additional points of spot welding have been placed to increase overall strength and safety. LED accent lighting rings the upper and lower grille elements. And for the first time ever, two body colors will be offered – Blue Streak Metallic and Absolutely Red.”