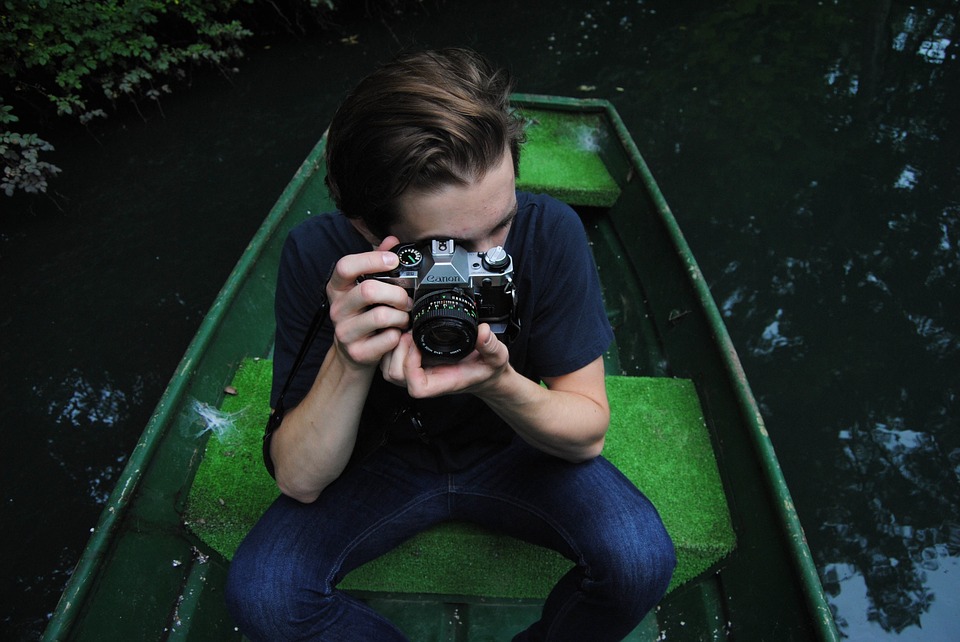 Case in point: the iPhone 6S and 6S Plus are outfitted with 12-megapixel cameras. A few years before these iPhone models were released in the market, there were only a handful of 12-megapixel DSLRs and certainly no smartphones that could boast such advanced specs. In many ways, smartphone cameras have replaced compact cameras for everyday photography.

However, enthusiasts who want to learn more about the art and science of photography will need to venture beyond smartphone and point-and-shoot cameras. Listed below are different entry-level options that are suited to amateur photographers looking to upgrade their cameras.

According to an informative blog post that was published on Adorama Learning Center (ALC), DSLRs are constructed so that light travels through the lens and hits the mirror (this mirror blocks the image sensor). Once the light hits the mirror, it is reflected upwards to the pentaprism, which flips the image so that you can see it correctly on the viewfinder. When the photographer hits the shutter button, the mirror is lifted and the shutter is opened to allow the light to hit the sensor, which in turn creates an image.

Mirrorless cameras, on the other hand, do not have a mirror. As the light move through the lens, the only obstacle it encounters before it hits the image sensor is a shutter curtain. Unlike smartphones, mirrorless cameras can accommodate interchangeable lenses, making them ideal for a wide variety of applications, including wildlife, landscape, and event photography.

The Advantages of Using a Mirrorless Camera

Instead of using optical viewfinders to compose and focus pictures, mirrorless cameras use electronic viewfinders (EVFs) to preview captured images in real-time. While some photographers prefer to compose their images through the DSLR’s optical TTL (through-the-lens) viewfinder, EVFs give photographers a more accurate depiction of the exposure, color balance, and additional camera-setting adjustments prior to shooting. In short, the EVF gives the photographer a closer representation of the final image.

The latest mirrorless cameras use hybrid autofocus (AF) systems that combine on-sensor phase-detection AF (PDAF) with contrast-detect AF (CAF). This gives the mirrorless camera’s AF performance a level of excellence unmatched by any contender except for the highest-performing DSLRs. Users can expect lighting-fast autofocus, even in low-light conditions.

The Sony Alpha a6000 Mirrorless Digital Camera is armed with an autofocus that’s as good as any top-notch DSLRs, and it shoots at an astonishing 11 frames per second with continuous autofocus and metering.

Entry-level DSLR cameras are another great option for photography enthusiasts who want to upgrade from smartphone and point-and-shoot cameras. Entry-level DSLRs have simplified user interfaces with a greater emphasis on automation, which also makes them easier to learn. Many of the best entry-level DSLRs from makers like Nikon, Canon, and Pentax give amateur photographers the ability to produce stunning images with minimum effort.

On the other hand, entry-level DSLRs are made from cheaper materials, have lower shutter count rating, and aren’t protected by weather sealing. These cameras also come with low-cost versatile zoom lenses (usually 18-55mm), have less sophisticated autofocus, and use pentamirrors instead of more expensive pentaprisms.

The Advantages of Using an Entry-Level DSLR

As entry-level DSLRs have less sophisticated features and are made from cheaper materials (usually a lightweight plastic body), they’re also priced more affordably than other models offered by the same manufacturer.

Beginners don’t need an expensive camera with numerous features and settings to master the fundamentals of photography. While higher-end DSLRs have buttons and dials that give photographers greater range and better control over their images, such cameras come with a steep learning curve that scares away amateur photographers.

Being the most basic of models, entry-level DSLRs force users to learn how to take aesthetically pleasing and technically sound photos. Users will learn how to choose apertures and shutter speed, what ISO is and how it affects noise, and what the difference is between RAW and JPEG, among other things.

Photography enthusiasts who want an affordably priced entry-level DSLR with great features, like Wi-Fi and app connectivity, should consider the Nikon D5300.

Once amateur photographers have mastered the basics of photography, they may then consider upgrading their gear from the most basic camera body and lenses to more advanced DSLRs and more expensive and versatile lenses. However, if amateur photographers spend all their money at the very beginning on expensive DSLRs and lenses, they’ll have less money in the future to spend on a better camera body and lenses once they’re truly ready to handle that gear.