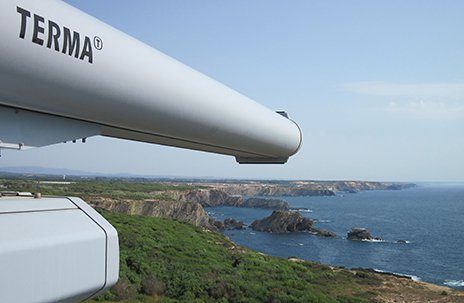 “Terma’s participation in the Leonardo led consortium is of high importance as it allows us to develop technologies and systems in close collaboration with European key industrial partners. Our unique contribution to the project highlights our role as a key European defense company at a time when Europe will start investing more in defense. We add to the security of Europeans” says Kristoffer Groth Jakobsen, Vice President for Market Development, Europe.

Terma’s contribution will build on strong competencies within surveillance and mission systems and provides opportunity to strengthen Terma’s position as developer and system integrator of C4ISR systems.

OCEAN2020 came out as the winning proposal under the EU Preparatory Action on Defence Research (PADR) program. The competitive selection was conducted by the European Defence Agency (EDA) and will be contracted in the coming weeks. The OCEAN2020 team, which will be led by Leonardo, comprises 42 partners from 15 European countries.

The project involves two live demonstrations of maritime surveillance and interdiction operations, conducted by European fleets using unmanned aircraft, surface vessels, and underwater systems. The first demo is scheduled to take place in the Mediterranean Sea in 2019. The second demonstration will take place in 2020 in the Baltic Sea. The data collected will be evaluated by the EU.

The EU intends to launch a European Defence Research Programme (EDRP) with a proposed budget of €500 million per year. The aim is to improve the competitiveness and innovation in the European defense industry and to stimulate cooperation amongst Member States and industry. PADR tests the ability of the industry for such cooperation.