Technology alone is not enough

Technology alone is not enough


We now know that Technology is never enough. Do you advocate S.T.E.M or S.T.E.A.M? With us at Campus Party Singapore, we advocate the latter. Come and find out why at our festival. 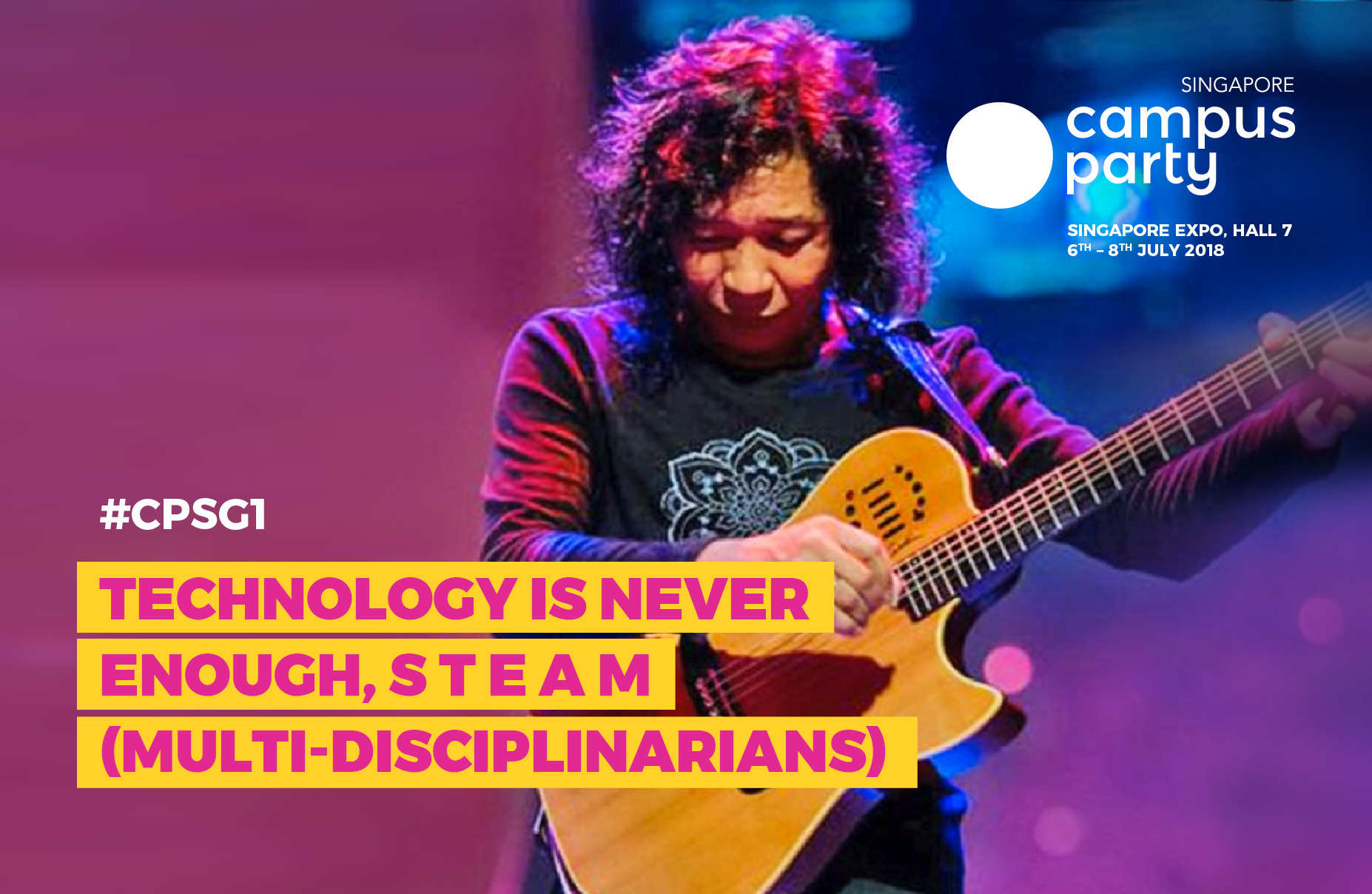 For much of the last century, STEM disciplines—Science, Technology, Engineering, and Math—have been instrumental to shaping the world we live in.
From the satellites and airplanes that keep people connected across the globe to the invisible, underground flows of electricity and fuel that keep our world moving, and everything in between, STEM knowledge has provided the building blocks of safe, healthy, and prosperous societies today.
But as we look to the challenges of the next century and grapple with questions of identity, inclusivity, and self-expression, it is clear that art and design will play a critical role in driving the innovation and critical thinking required to create a better future for everyone.
Campus Party Singapore are designed to help shift the narrative from STEM to STEAM, with numerous sessions by some of Singapore’s leading multidisciplinary experts, including:
These thinkers, creators and makers will be sharing their knowledge and collaborating with one another at Campus Party Singapore. To see them in action, grab your tickets here:
http://singapore.campus-party.org/attend/

Pimp Your Pad: How To Instantly Make Your iPad 75% More Awesome