Home Aerospace Students design the aircraft of the future 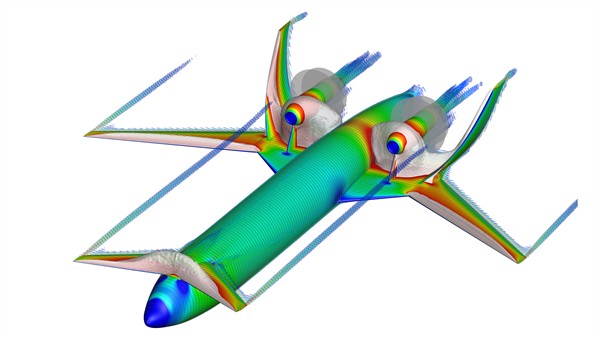 Students design the aircraft of the future – Feb 20, 2017– Hamburg, Germany (Techreleased) – Leading aviation technology in new directions with novel ideas and developing aircraft designs that reinvent passenger flight beyond the sound barrier or that are revolutionarily quiet and low-emission – these are the two challenges that the German Aerospace Center (Deutsches Zentrum für Luft- und Raumfahrt; DLR), together with NASA, is tasking students within Germany and the United States. To kick things off, German participants from seven universities are meeting at the Center of Applied Aeronautical Research (ZAL) in Hamburg on 17 February 2017. The competition proposals should be submitted by the end of June. The winners from Germany will embark on a trip to the US aerospace authority in the autumn. They will present their work there alongside the US competition.

“With the DLR/NASA Design Challenge, we want to give the next generation of aviation researchers the opportunity and the impetus to actively achieve a breakthrough to the aircraft of the future,” explains DLR Executive Board member responsible for aeronautics Rolf Henke. “Our greatest challenge as researchers is to improve the environmental performance of air traffic despite the increasing number of passengers worldwide, thereby reducing emissions and noise. This will require the fresh ideas of young minds, and we are very pleased to have the opportunity to launch this initiative together with NASA.”

The German and United States aerospace authorities have been working closely for a long time. In aeronautics research, both partners are particularly committed to joint research projects in the areas of air traffic management, noise and low-emission flying, as well as joint test flights for research into alternative aviation fuels. “NASA and DLR have enjoyed a long history of cooperation,” says Jaiwon Shin, NASA Associate Administrator for Aeronautics. “It is our hope by bringing together the aerospace leaders of the future to work on common design challenges, we can build an even stronger transatlantic partnership going forward.”

The competition calls for design proposals for quieter flying and efficient supersonic jets. The participating student teams in Germany and the United States can choose one of these topics for their competition entry.

Climate change and society’s ever-increasing demand for mobility present major challenges for today’s aviation industry. Ambitious goals in Europe and the United States are looking into the technical limits for less emissions, less noise and greater efficiency in passenger air transport. To reconcile long-term continuous growth and environmental compatibility, the technical limits must be exceeded. The competition calls for revolutionary new ideas – from aircraft to propulsion technology concepts.

Concorde is history and, for the time being, so is commercial passenger flight at supersonic speeds. The competition poses the question of whether, by means of new technologies, it is possible to revitalise supersonic transport across long distances without disproportionate environmental pollution. Aerospace researchers around the world are already working on this: The focus lies on increasing energy efficiency and reducing the supersonic boom to pave the way for the renaissance of supersonic flight.

Sixty-three students from all over Germany have registered for the NASA/DLR Design Challenge. The come from: TU Munich, TU Berlin, the University of Stuttgart, the Technical University of Braunschweig, RWTH Aachen University, Aachen University of Applied Sciences and TU Hamburg-Harburg. There will also be a double-digit number of participating teams from various universities in the United States. One winning team will be selected from each side. In autumn 2017, the German winning team will travel to the US aerospace agency NASA in the USA. Along with the US winners, they will present their award-winning work at a symposium of internationally renowned aviation researchers. The participants now have until 1 July 2017 to develop their design proposals and submit them to DLR. The winners should be announced by the end of July.