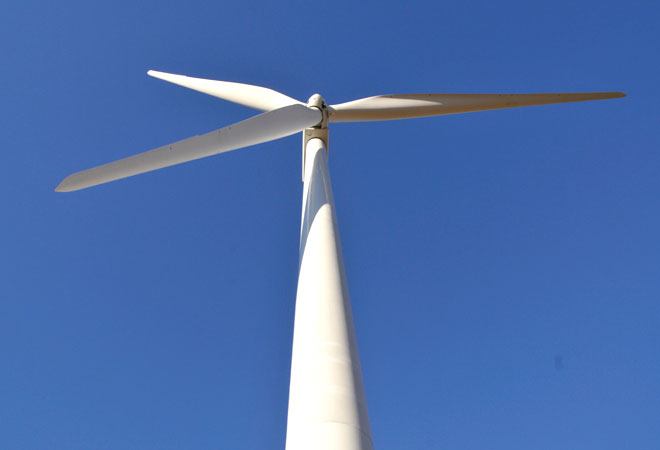 SSE Renewables Selects GE Turbines for Scottish Wind Farm in the Highlands – Jul 09, 2014– Schenectady, USA (Techreleased) – Further advancing the growth of renewable energy throughout the United Kingdom, GE  today announced that it will supply SSE Renewables with 33 GE 2.85-100 wind turbines for the Dunmaglass Wind Farm, located near Inverness, Scotland. GE specially designed these wind turbines for the project with a 70-meter tower so they meet the associated planning conditions that require a maximum tip height of 120 meters. The 33 wind turbines on the Dunmaglass Wind Farm will result in an installed capacity of 94 megawatts (MW), which will contribute to Scotland meeting its renewable energy targets.

SSE acquired the Dunmaglass Wind Farm from Renewable Energy Systems Group in May 2013. The wind farm is located on Dunmaglass Estate, near Loch Mhor, in the Monadhliath Mountains.

“For the Dunmaglass Wind Farm, we worked with SSE to create turbines specifically designed to meet the strict parameters set forth by the local planning authority, which restricted the maximum tip height to 120 meters. We developed a 70-meter tower solution to meet these requirements,” said Cliff Harris, general manager of GE’s renewable energy business in Europe. “As wind energy continues its rapid growth in Scotland, we too are growing our business throughout the United Kingdom, and we are pleased to work again with SSE to help bring Scotland a cleaner power source.”

SSE is the largest generator of electricity from renewable sources across the U.K. and Ireland and has around 3,300 MW of renewable energy capacity. To date, SSE currently is operating 139 GE wind turbines and an additional 43 are due to be commissioned by the end of 2015.

In March 2014, SSE and GE announced that GE will provide 10 1.6-MW wind turbines for the Langhope Rig Wind Farm in Scotland and this site is currently under construction.

GE’s operations in the U.K. have grown and with its latest projects in Scotland for SSE, GE has more than doubled the size of its U.K.-based commercial and sales teams. “GE is committed to supporting SSE’s objectives of delivering on-site service with specialized support,” Harris added.