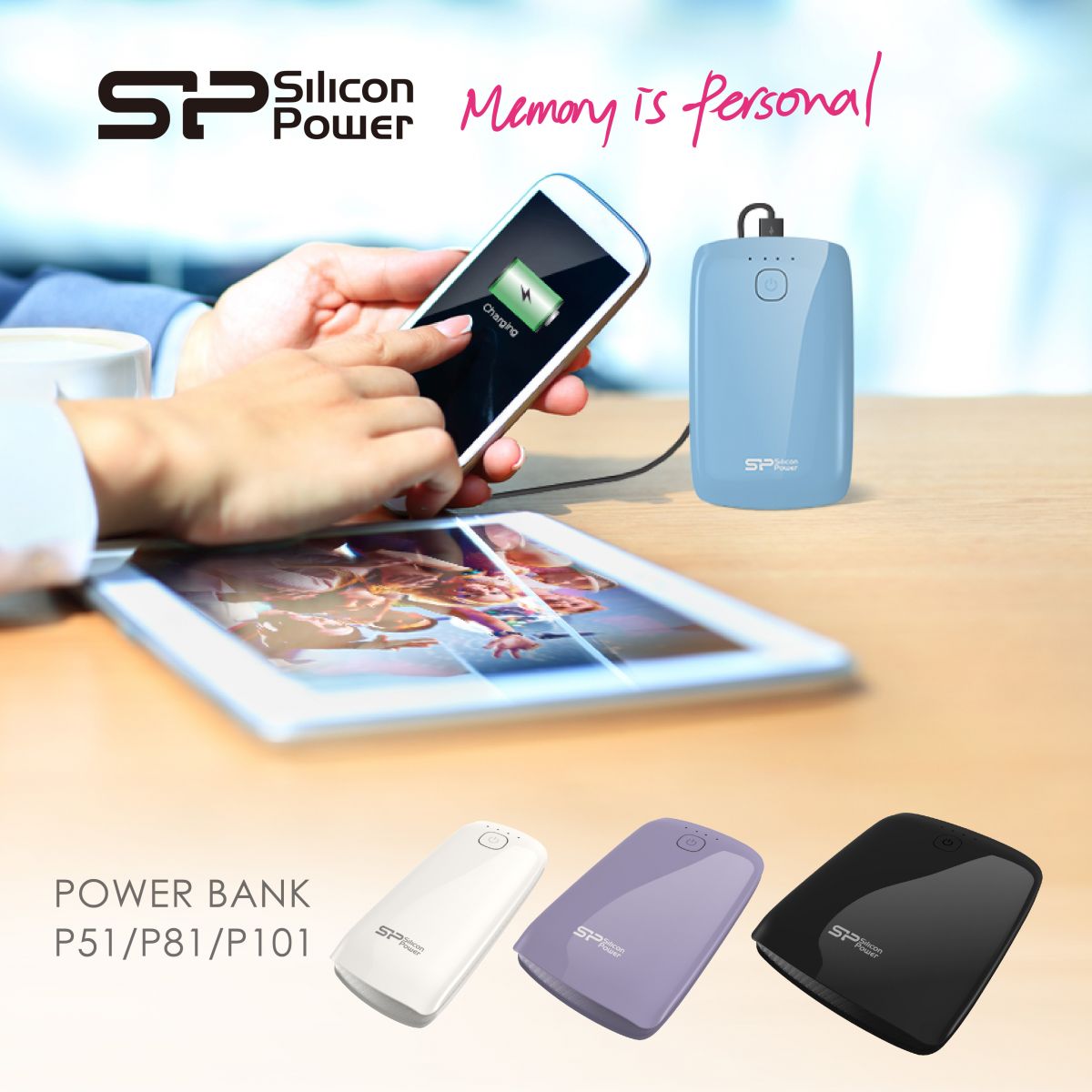 So Powerful, So Joyful

Nowadays, nearly everyone has at least one mobile device for phone calls and all kinds of entertainment use, such as chatting on-line, taking photos, recording videos, watching movies and listening to music. But most of you might have encountered the following annoying circumstances: you’re just having fun with a movie, but your tablet shows that it’s running out of power；Or you’re in the middle of an important conversation, but your battery is dying. In order to avoid such unpleasant experiences, how to keep abundant power supply all the time is one of the big issues. Now, SP Power P51, P81 and P101 are going to give you relief from worries and depressions about power shortage. Introducing the use of Samsung battery cell, Power P51, P81 and P101 promise extremely high quality and durability with great capacity of 5200 mAh, 7800 mAh and 10400 mAh respectively. Taking Power P101 as an example, it has been tested that it is able to fully charge iPhone 5S for five times and offers more than 800 charge cycles. Moreover, Power P51, P81 and P101 are engineered with 2.1A output to deliver fast charging speed that is two times the speed of 1A output. Also, Power P81 and P101 feature the thoughtful design of dual USB ports which can charge two smartphones at the same time, especially convenient for businessmen or travelers on the go.

Superior to any other power bank in the market, SP Power P51, P81 and P101 come with longer warranty of 13 months.