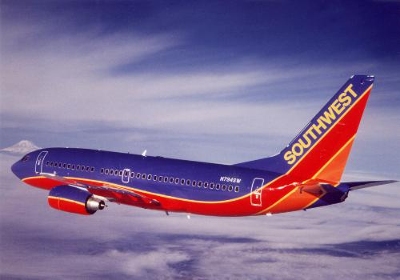 Southwest Airlines Launches New Era Of Fuel Savings And Emissions Reduction – Apr 09, 2014– Dallas, USA (Techreleased) – Southwest Airlines today operates its first revenue flight utilizing a Boeing 737-800 equipped with Aviation Partner’s Boeing Split Scimitar Winglets.  The newly designed winglet differs than those currently installed on the carrier’s fleet of Boeing 737s, with aerodynamic scimitar tips and a large ventral strake on the bottom of the blended winglet structure. By upgrading the 737-800s with Split Scimitar Winglets, annual fuel savings are estimated to increase from approximately 3.5 percent per aircraft from Blended Winglets to approximately 5 to 5.5 percent per aircraft annually. In addition, the new winglet will reduce emissions, supporting Southwest’s commitment to the environment. The Split Scimitar Winglets will be installed on 33 new 737-800s once they are delivered to the airline this year. The airline also plans to retrofit 52 additional 737-800s currently in the fleet. The retrofits are expected to be completed by early 2015. All of the carrier’s Boeing 737-700s and 737-800s, as well as a majority of its 737-300s, are equipped with Blended Winglets saving the company roughly 55 million gallons of fuel annually. Blended Winglets were first installed on Southwest Airlines Boeing 737s in 2007.