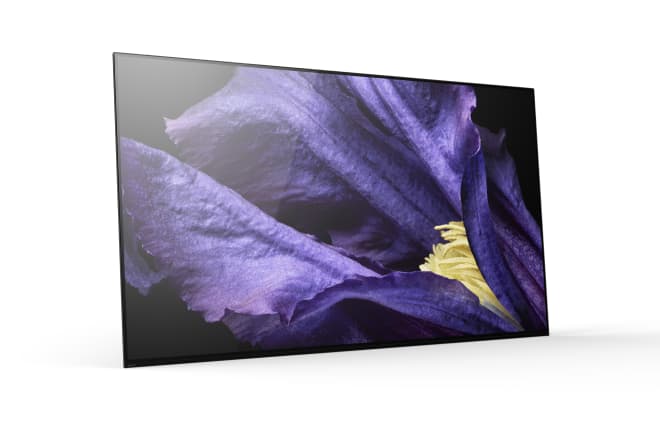 Sony Launches The Master Series Of 4k Hdr Tv With The Af9 Oled And Zf9 Lcd As The Pinnacle Of Picture Quality At Home – Aug 01, 2018 – Tokyo, Japan (Techreleased) – Sony Europe announced two new television series, both offering unprecedented picture quality by virtue of employing multiple proprietary technologies and solutions with the next generation Picture Processor X1™ Ultimate at the fore. The new AF9 OLED and ZF9 LCD TVs arrive as the MASTER Series – a name Sony reserves exclusively for its highest picture quality TV models. Sony’s goal is to create a television capable of displaying images that faithfully convey the content creators’ full intent and as such the MASTER Series provides picture quality approaching that of a professional-grade monitor in a motion picture production studio.

Both the AF9 and ZF9 MASTER Series models come equipped with a newly developed, next-generation Picture Processor X1 Ultimate. This processor plays a vital role in delivering the faithful picture in the MASTER Series. With a long history and expertise in developing professional cameras and monitors, Sony recognises that precision in the crafting of fine components of signal processing results in an immediately visible difference to the whole image.

Also, the MASTER Series is ready*1 for CalMAN®, the industry-leading display calibration software from Portrait Displays. CalMAN is widely used by professionals as a tool to ensure quality control of the strict requirements demanded by content creators in broadcast, production, and post-production. CalMAN eliminates the struggle of maintaining the picture quality throughout the life of the TV.

The flagship AF9 TV comes equipped with the Pixel Contrast Booster, which is Sony’s original panel controller for OLED. It maximises the dynamic range by widening the area of colour reproduction at high brightness. Pictures are enhanced with extra detail and texture.

The ZF9’s bezel has a black, speckled finish like that of a DSLR camera, which stands out against the metallic look of the rest of the TV. The minimalistic look extends to the stands, which are simply moulded in aluminium.

Both the AF9 and ZF9 series are based on Android TV™, which lets you explore a world of movies, music, photos, games, search, apps and more. The Voice Search function makes it remarkably easy to find content, ask questions and control the TV. With Chromecast™ built-in, you can effortlessly send content from your smartphone or tablet to the TV, while access to Google Play™ allows you to enjoy your favourite movies, TV shows, and games on your TV.