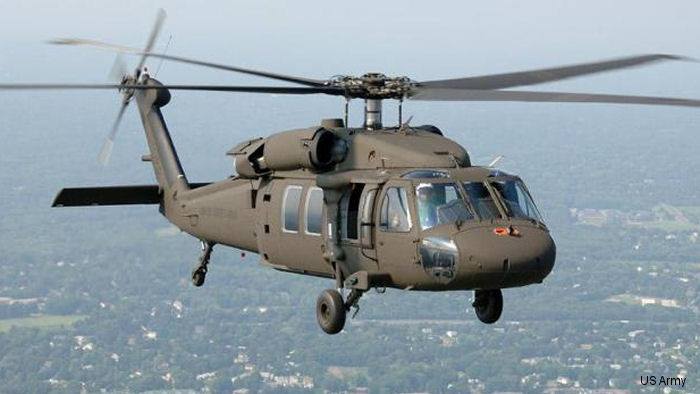 Sikorsky Proposes Aerial Firefighting Solution to Operators of Black Hawk Helicopters in Latin America – April 05, 2018 – Santiago, Chile (Techreleased) – Sikorsky, a Lockheed Martin company (NYSE: LMT), today launched at FIDAE 2018 a two-month promotional tour of Chile, Ecuador, Colombia, Brazil, Argentina and Peru to raise awareness of the Black Hawk helicopter’s effectiveness as an aerial firefighting platform. Many of the Black Hawk helicopters delivered to the region’s militaries and government agencies over the last 30 years can easily be equipped to carry water and foam to fight wildland fires that are growing both in severity and frequency.

“Latin America is increasingly susceptible to wildfires that threaten lives and property, and the firefighting season also is shown to be lengthening,” said Adam Schierholz, Sikorsky Vice President & Regional Sales Executive for Latin America. “We are bringing the lessons learned from California, where our FIREHAWK Aerial Firefighting Mission Package added to a Black Hawk helicopter has proved to be highly effective attacking wildland fires with large volumes of water, especially when the effort is coordinated closely with firefighters attacking the same fire from the ground.”

Since the early 2000s, the County of Los Angeles Fire Department has demonstrated repeatedly the effectiveness of its three Firehawk helicopters to extinguish fires that have threatened the county’s 10 million residents, who live at sea level up to 3048 m (10,000 feet) altitude. In February 2018, the county ordered two more Firehawk helicopters for entry into service in early 2019. The same month, the City of San Diego ordered its first Firehawk aircraft.

The Firehawk Aerial Firefighting Mission Package consists of a 3,785-liter (1,000-gallon) water tank with a retractable snorkel attached to the belly of the aircraft, and an extended main landing gear. A rescue hoist and a medically-configured interior are options, particularly where the aircraft will be deployed for multiple missions, such as search and rescue, air medical transport, and humanitarian assistance and disaster relief missions. An additional option converts the Firehawk cockpit for single pilot use.

Sikorsky will conduct the tour from April into June with representatives from United Rotorcraft, an aircraft completion company based in Colorado. United Rotorcraft is teamed with Sikorsky to configure Black Hawk aircraft for the aerial firefighting mission.