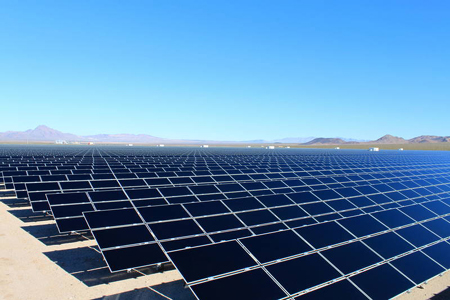 Scatec Solar Secures Final Approvals to Build 80MW Utah Solar Park – Apr 01, 2014– Parowan, USA (Techreleased) – Today, Scatec Solar, the global independent solar power producer, received the final approvals necessary to proceed with the building of an 80 MW (ac) PV (photovoltaic) solar plant in Iron County, Utah. The Utah Red Hills Renewable Energy Park, set to be built on a site with excellent solar irradiation, will generate around 210 million kilowatt hours (kWh) of electricity per year, which will be fed into the grid under a twenty-year Power Purchase Agreement (PPA) with PacifiCorp. Construction is estimated to start in the third quarter of 2014 and when complete, the plant will be Utah’s largest solar energy generation facility. “We are very proud to move into the next stage of development for the Utah Red Hills Renewable Energy Park,” said Raymond Carlsen, CEO of Scatec Solar. “With our experience gained from PV projects around the world, our team is well prepared to take on the challenges associated with realizing this large-scale solar power plant—and we are grateful for the opportunity to bring our expertise to this first utility-scale PV project in Utah,” Mr. Carlsen said.

“Energy development is one of Utah’s four cornerstones to continue to strengthen our economy,” said Utah Governor Gary R. Herbert. “By supporting projects like the Red Hills Renewable Energy Park and other utility-scale renewable energy facilities, Utah will remain a premier destination for business, jobs, and an enviable quality of life for our residents.”

Scatec Solar entered into the twenty-year PPA with PacifiCorp for the purchase of all of the project’s energy output and capacity in December 2013. PacifiCorp delivers electricity to customers in Utah, Wyoming, and Idaho through Rocky Mountain Power.

“Rocky Mountain Power is committed to providing a bright energy future with renewable energy choices,” said Richard Walje, president and CEO. “Our contract with the Red Hills Renewable Energy Park is one big step of many to come to bring renewable energy opportunities while maintaining reasonable prices for customers.”

The plant is expected to generate approximately 210 million kWh in its first full year of operation—power equivalent to the annual consumption of approximately 18,500 homes. Based on U.S. Environmental Protection Agency estimates, it will produce enough renewable power to prevent nearly 150 thousand tons of carbon dioxide emissions annually—the equivalent to removing nearly 28,000 cars from Utah’s roads each year of the 20-year agreement.

The ground-mounted photovoltaic solar facility is being developed on approximately 650 acres of privately-owned land in Parowan, Utah, it will deploy approximately 325,000 PV modules on a single-axis tracking system, and will interconnect to an existing PacifiCorp 138 kV line in the adjacent Parowan Valley Substation.

In addition to the United States, Scatec Solar is currently developing utility-scale projects in Africa, Asia, and Europe—including the recent completion of the 75MW Kalkbult solar park in South Africa, currently the largest in Africa.