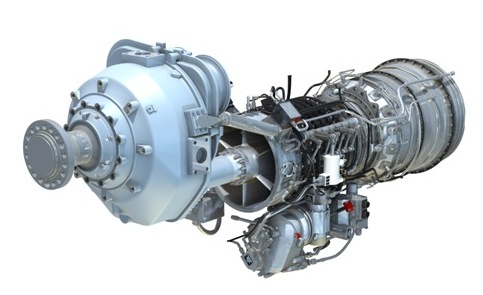 Rolls-Royce receives US Air Force certification for C-130 engine enhancement package – Jul 14, 2014– Singapore (Techreleased) –  The US Air Force has completed final engineering review and approved the Certification Basis for the Rolls-Royce C-130 Engine Enhancement Package. This action approves the T56 Series 3.5 package for use on USAF C-130 aircraft as the service prepares to introduce the fuel-saving technology into its transport fleet. The C-130 Engine Enhancement Package includes specifications for 7.9 per cent reduction in fuel use. However, fuel savings have been as high as 13 per cent in ground and flight testing on C-130 and P-3 aircraft with the Series 3.5 package. The enhancement package also allows T56 engines to operate at significantly lower turbine temperatures, extending parts life and improving reliability by 22 per cent.

Tom Bell, Rolls-Royce, President Defence, said: “This has been a year of major milestones for the T56 Series 3.5 programme, with US Air Force qualification; the first funding through the US Congress; and completion of flight tests for our launch customer, the WP-3D ‘Hurricane Hunter’ aircraft of the National Oceanic and Atmospheric Administration. The twin benefits of reduced fuel use and improved reliability make this a compelling and affordable package, and we look forward to assisting our customers in achieving these significant advantages.”

The USAF has estimated that incorporating the engine enhancement into its C-130 fleet would save $2 Billion, while extending the life of the fleet for decades. The US Congress approved $15.7 million in funding for C-130 engine enhancement in the FY14 budget to begin introduction of the technology into the USAF fleet.

The T56 Series 3.5 engine enhancement can be installed as part of a conventional engine overhaul, and does not require any aircraft or engine control system modifications. The enhancements use proven technologies from other Rolls-Royce commercial and military engines, including new blade materials and advanced turbine airfoil aerodynamic designs.

The first NOAA WP-3D aircraft fully equipped with the Series 3.5 enhancements is expected to re-enter service beginning in early 2015. In addition to the US Air Force and NOAA, international operators of C-130 and P-3 aircraft are also considering incorporating the T56 engine enhancement into their fleets.

Additionally, the Series 3.5 package has already received FAA certification for the commercial version of the T56 engine.