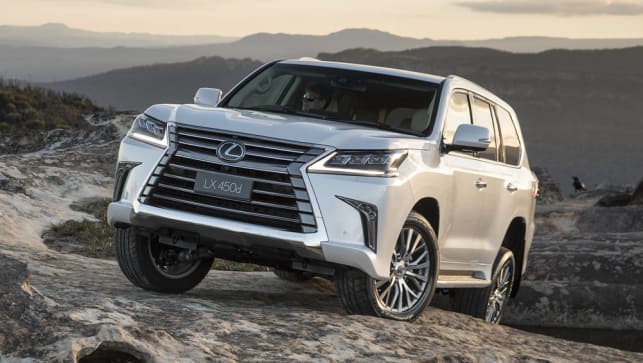 Record First Half For Lexus Suv Sales – July 07, 2018 – Aichi, Japan (Techreleased) – Lexus has achieved its best half yearly SUV sales on the back of a record month for the NX Line and continued strong results for RX and LX.

Total Lexus SUV sales in January to June 2018 were 15.6 per cent higher than the corresponding period in 2017.

To the end of June this year, sales of Lexus SUVs – the NX, RX and LX models – have risen to 3391 vehicles.

The NX SUV Line has driven the increase, with 2113 registrations in the year to date. This represents an increase of 18 per cent compared with the same time last year.

The addition of twin-turbo V8 diesel power to the LX SUV has helped increase June sales of that model to 38 vehicles, up 58 per cent on June 2017.

“Record sales of Lexus SUVs underlines our broad offering in that space and the numerous luxury features within those model lines,” Mr Thompson said.

“The recent addition of the LX 450d and future introduction of the UX compact crossover means we are putting the Lexus brand in an even better position to suit a wide range of luxury customers.

“We are also looking forward to introducing other new Lexus models later this year that will cater to a different need and create further emotion via the special edition RC F and GS F vehicles that commemorate 10 years of the high-performance Lexus F Line.”