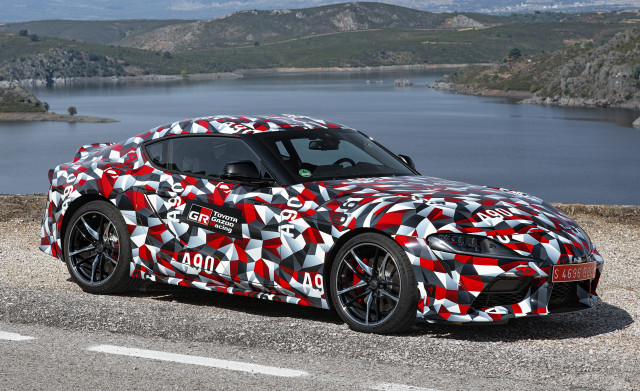 New Toyota Supra Tested In Australia – Dec 19, 2018 – Aichi, Japan (Techreleased) – Toyota’s next-generation Supra sports car has been subjected to testing in Australia to confirm its suspension tuning and dynamics are suitable for the local and world markets.

The five-day evaluation and suitability test involved areas where Supra customers are likely to travel, including sweeping country roads, twisty mountain climbs and the Great Ocean Road – considered one of the world’s great drives.

Mr Tada said he had been keen to use Australia’s roads to confirm performance targets for Supra and ensure it would satisfy the dynamic preferences of local drivers.

“It’s vital the driver feels confident during rough-road cornering and that the car is very stable under braking. Speedo accuracy is also very important.

“Working on aspects of handling and other details here in Australia allows us to make refinements that will result in a better car right up until production starts in the first part of next year.”

Mr Tada said the local VED group, led by Paul Diamandis, was regarded among the best in the world for suspension tuning and dynamic evaluation.

He said Australia offered surfaces that replicated 80 per cent of the world’s roads, including some of the toughest that would be experienced by customers anywhere.

“I wanted to involve Australia right towards the end of our development program.”

“We’ve taken the Supra prototype across a variety of conditions including popular touring destinations because almost half the people we expect to buy a Supra list their number one hobby as holidays and travel,” Mr Diamandis said.

Toyota Australia’s vice president sales and marketing Sean Hanley said the new-generation A90 Supra is the rebirth of a Toyota sports-car legend.

“These cars, honed under the extreme conditions of motorsport, will demonstrate Toyota’s commitment to ensuring everyone can enjoy the freedom, adventure and excitement of driving,” he said.