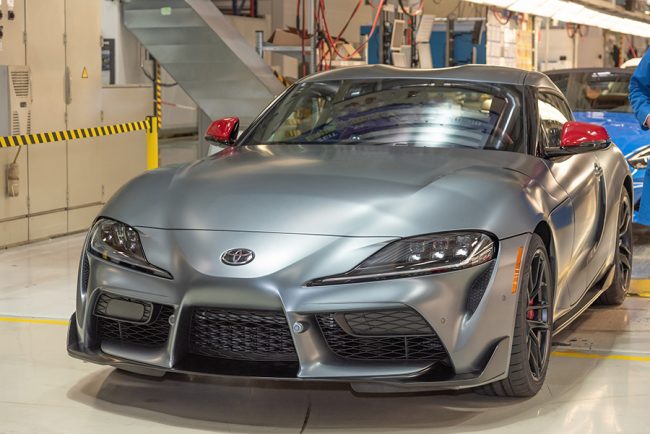 The rights to the phantom matte gray Supra, VIN 20201―”2020″ for the year, “1” marking the first production model out of the production line―with red mirror caps, matte black wheels, red interior with carbon-fiber inserts, and an engine cover signed by Toyota Motor Corp. President Akio Toyoda, was previously auctioned for charity at the 48th Annual Barrett-Jackson Auction at West World Scottsdale in Arizona. The winning bid for was for $2.1 million, and the proceeds of the first of the fifth-generation Supra went to support the American Heart Association (AHA) and the Bob Woodruff Foundation (BWF).

To prepare for the Supra line-off, Toyota engineers traveled to the Graz Plant several times and performed quality checks together with the production members.

The Supra is slated to go on sales from around the spring of 2019 in several countries worldwide.