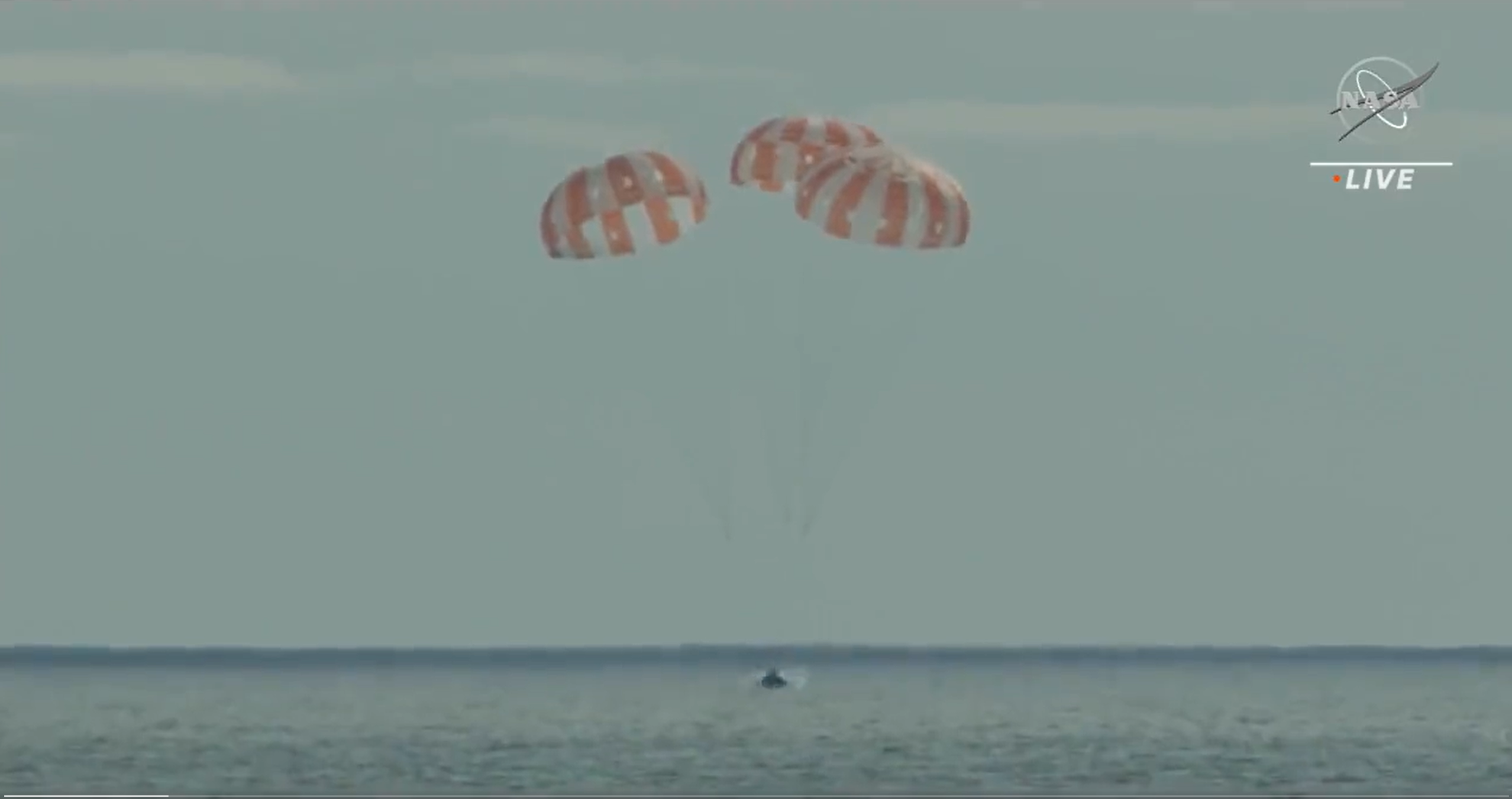 NASA’s Artemis I mission came to a successful conclusion today with the splashdown and recovery of the Orion spacecraft. This mission was an uncrewed, integrated flight test of the hardware and technology that will take humans back to the Moon for the first time in more than five decades.

The Space Launch System (SLS) rocket, Orion spacecraft and Exploration Ground Systems (EGS) at NASA’s Kennedy Space Center in Florida performed flawlessly during the Artemis I launch on Nov. 16. During a nearly 26-day mission, Orion traveled more than 1.4 million miles on a path that took it around and beyond the Moon before returning to Earth. The flight testing and data from the mission inform future Artemis missions.

As the foundational elements of NASA’s deep space exploration architecture, Orion is the safest human spacecraft ever developed, and the launch and ground systems were designed to deliver greater mass and volume with more Earth-orbit departure energy than any existing system. With planned upgrades, the architectures will be able to support future missions to destinations beyond the Moon, including Mars.

The next step in NASA’s Artemis program is launching the first crewed flight to the Moon and back on the Artemis II mission. All elements for that mission are deep into assembly. Work on Artemis III, which aims to put the first woman and person of color on the Moon, is well under way with many of the systems, such as the propulsion for SLS and Orion, nearly complete.

The Artemis program constitutes an important national capability that leverages more than 3,800 suppliers and 60,000 workers across all 50 states. The program sustains an essential industrial base of large, mid-size and small companies that provide high-tech, professional jobs across the country.