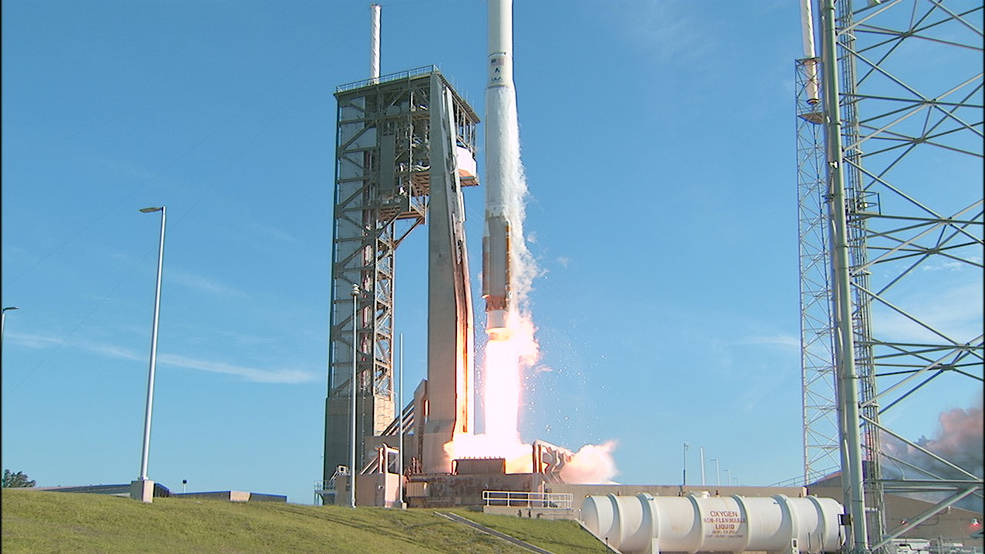 Ground controllers report the satellite is in good health at the start of a four-month checkout in space by its manufacturer, Boeing. NASA will conduct additional tests before putting TDRS-M into service early next year. When ready, TDRS-M will become part of NASA’s Space Network providing navigation and high-data-rate communications to the International Space Station, NASA’s Hubble Space Telescope, rockets and a host of other spacecraft.

“The TDRS fleet is a critical connection delivering science and human spaceflight data to those who can use it here on Earth,” said Dave Littmann, the TDRS project manager at NASA’s Goddard Space Flight Center in Greenbelt, Maryland. “TDRS-M will expand the capabilities and extend the lifespan of the Space Network, allowing us to continue receiving and transmitting mission data well into the next decade.”

The mission of the TDRS project, established in 1973, is to develop, launch and deliver data communications relay spacecraft to support NASA’s Space Network, which provides high-data-rate communications and accurate navigation. The TDRS-M spacecraft is effectively identical — in both function and performance — to the TDRS-K and -L spacecraft launched in 2013 and 2014, respectively.

The TDRS fleet began operating during the space shuttle era with the launch of TDRS-1 in 1983. Of the TDRS spacecraft launched to date, only two have been retired and five of the nine operational satellites have exceeded their design life and continue to provide essential communications and navigation services.

Boeing conducted spacecraft integration and testing earlier this year at its satellite factory in El Segundo, California. After testing and confirming the spacecraft was ready for shipment, launch processing began following TDRS-M’s arrival in Florida June 23.

NASA’s Space Communications and Navigation program, known as SCaN, is part of the Human Exploration and OperationsMission Directorate at the agency’s Headquarters in Washington, and is responsible for the Space Network. The TDRS project office at Goddard manages the TDRS development program. Management of the launch service for TDRS-M is the responsibility of NASA’s Launch Services Program based at the agency’s Kennedy Space Center in Florida. ULA provided the Atlas V rocket launch service.