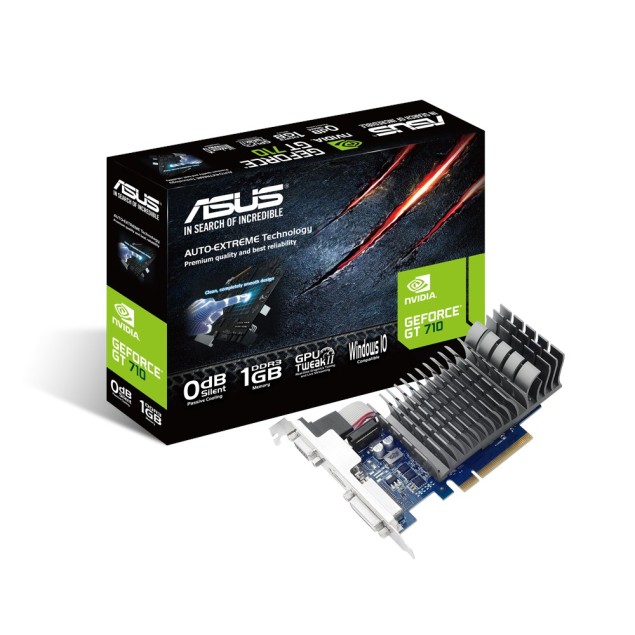 MSI GT 710 series graphics cards enable increased productivity by supporting the use of multiple monitors. Optimized to run demanding creative software such as design and publishing programs or video editing software, it easily outperforms integrated graphics solutions. The MSI GT 710 series cards are equipped with top quality components for durability, which also helps those who would like to squeeze every last bit of performance out of their cards with MSI Afterburner.

All MSI GeForce GT 710 Graphics cards are built with the best components, including all solid capacitors. This ensures a 10 years ultra long lifetime for the components and the card as well. Solid capacitors have a very low resistance, lower operating temperature and are more efficient than older components, its aluminum core also ensures higher stability.

When used with MSI’s famous Afterburner overclocking utility, users can control the MSI GT 710 core and memory clock speeds for fine-tuned performance in their creative apps. Afterburner supports the video capturing function Predator and can even be used on smartphones to monitor and control the graphics card in desktop computers. Combined with the Kombustor burn-in testing feature, Afterburner is an essential tool for everyone looking to get the most out of their graphics card.