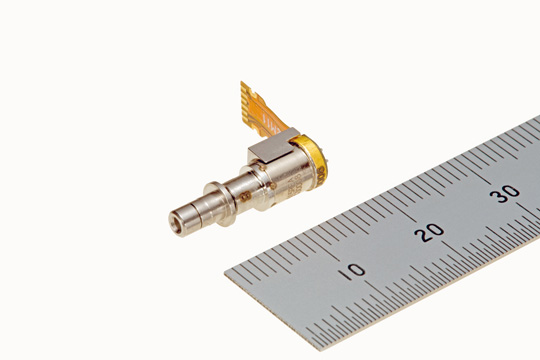 In LTE and LTE-Advanced fourth-generation (4G) mobile systems, DWDM has attracted attention as a means of reducing the power consumption of optical transmitter modules that transmit data between base stations and central offices. Mitsubishi Electric’s new Can-type EML-TOSA is compatible with DWDM and its TOSA can operate in an industry-leading maximum temperature of up to 95 degrees Celsius.