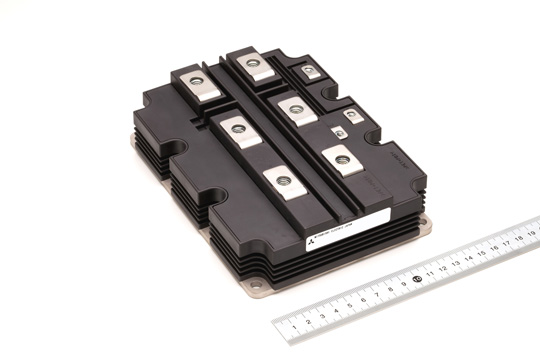 Prior to the releases, the models will be exhibited at several major trade shows worldwide, including MOTORTECH JAPAN 2017 during in Chiba, Japan from April 19 to 21, Power Conversion and Intelligent Motion (PCIM) Europe 2017 in Nuremberg, Germany from May 16 to 18, and PCIM Asia 2017 in Shanghai, China from June 27 to 29.

Two modules offering industry-leading power capacity ratings ─ 1800A in the 3.3kV module and 1500A in the 4.5kV module ─ join another leader, the existing 6.5kV module (1000A rating)

The new chip set’s reduced package size, about 33% smaller than its predecessor (same voltage and current ratings), will lead to smaller inverters