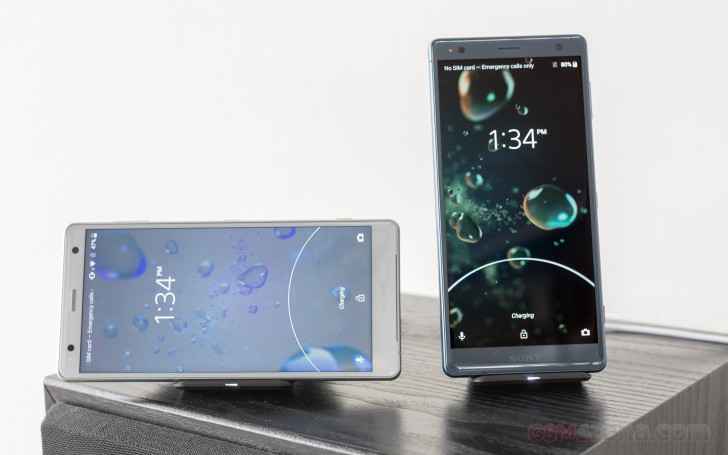 Meet The Makers Of The Wireless Charging Dock WCH20 – July 24, 2018 – Tokyo, Japan (Techreleased) – Waiting for your phone to charge isn’t the most thrilling way to spend your time, but luckily XperiaTM owners have a handy – and incredibly beautiful – solution at their fingertips.

The Wireless Charging Dock WCH20 is compatible with both the Xperia XZ2 and the Xperia XZ2 Premium, and with an output of up to 9W is able to charge seriously fast. What’s more, its two-way charging means you can watch your favourite videos the way you want.

Why is it more convenient to wirelessly charge your phone than plugging a cable into a socket?

It’s really user friendly. You simply place your phone on the dock and charge. It also means there’s no cable confusion, tangled wires and you’re not restricted by a USB cable when it comes to where you want to charge.

How does wireless charging work? It seems to happen by magic!

The WCH20 Wireless Charging Dock is a beautiful product. What was the inspiration behind the design?

Firstly, we consider the standing angle of the Xperia smartphone. We also take into consideration the design of the device that will be charged so that we can create a beautiful dock with compact design.

Around a quarter of people have already been used wireless charging as they require a more convenient way to charge. However, a conventional wireless charger isn’t necessarily the best choice when it comes to charging speeds, but the WCH20 has a fast charging function with an output of up to 9W.

The dock means people can watch their content while their phone charges without the phone sitting in an awkward position. Is content consumption an increasing factor in design?

It is. One advantage of the dock is that you can rest your Xperia either vertically or horizontally, meaning you can choose how you watch your content. It means that the time when your phone is charging isn’t necessarily down-time, and your content consumption isn’t determined by the location of a power outlet. It resolves the issue of not being able to operate your phone on a flat-designed charger.

What applications and adaptations of wireless charging could we see in the future?

Do you think there will come a time when no one uses plug sockets to charge their phones?

This is probably some way off. We think that in the meantime, lots of people will use both wireless and USB charging; perhaps charging wirelessly at home but keeping a USB charger in the office.