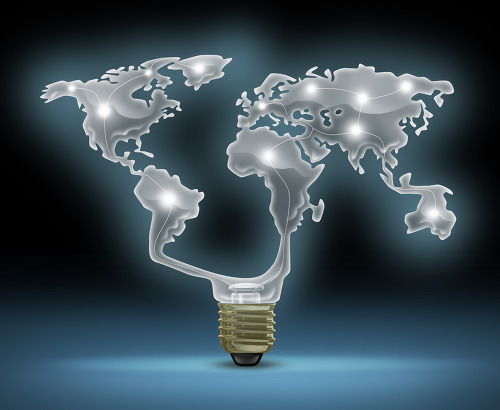 There are innovations in technology that redefine human behavior for the better. There was the television, which allowed the projection of images from around the world to be viewed in the comfort of your own home. There was the smartphone, which has allowed the world to connect and share information in ways that couldn’t be imagined. And the same has occurred in the lighting industry. There’s innovative technology that will improve the health and wellbeing of people and the environment in ways that people didn’t think were possible. Lighting has evolved in so many ways over thousands of years. But since the invention of the first commercial light bulb, its innovation has been staggering. As you’re probably well aware, the first commercial light bulb was an incandescent bulb, which is cheap to produce and is the standard form of lighting that’s used in the majority of premises around the world. As time has gone on, the world started to realize that relying on this form of lighting contributed to carbon emissions, global warming and the destruction of the planet’s ecosystem. So another solution was needed.

Fast forward to the present era and we are seeing the commercialization of LED light bulbs at a rapid rate. Although they have been available for purchase over the past 20 years, it’s only in recent years that they have come down to a price point where consumers are prepared to make the switch.

The fascinating thing with LED lighting technology is that it is designed in a way to provide more brightness with less energy. The issue with incandescent bulbs is that it required a lot of energy to light up the filament within the bulb. When the filament reached a certain temperature, it would emit light. The problem with this technology is that 90% of the energy that was being used to light up the bulb was wasted as heat. LED light bulbs are designed so that the bulbs require significantly less energy to provide the same or higher levels of brightness.

If you are familiar with incandescent light bulbs, you will remember that the brightness was associated with Watts, which determines how much current is needed to light up the bulb. Because LED light bulbs don’t require the same amount of energy, the brightness is measured in lumens.

The benefit that consumers are experiencing is that they now pay significantly less in their energy bills because the technology doesn’t draw as much current. For businesses that participate in commercial LED lighting schemes, they can save up to 60% on their energy bills; which can yield them thousands of dollars in extra profit annually.

The technology is brilliant for environmental causes as well. Several energy suppliers burn fossil fuels to create energy, which is then supplied to homes and businesses around the country. As a result, carbon emissions from these power plants are among the top contributors to global warming. LED light technology buys the planet more time by reducing energy consumption and allowing countries more time to develop renewable energy solutions before it is too late.

Another interesting development is the LED sun. Although it is in a prototype stage at the moment, the technology is intriguing for its ‘natural sunlight qualities’. Studies have shown that people’s health and wellbeing are better when they respond to natural sunlight and with the advancement of this technology, sunlight can be replicated anywhere. This can revolutionise the health industry where patient recovery can increase significantly if they are exposed to natural sunlight.

You can watch the video below to see demonstration of the technology.

There are exciting times ahead for the lighting industry and it seems that the human race is only scratching the surface of what can be done to secure our planet’s future.