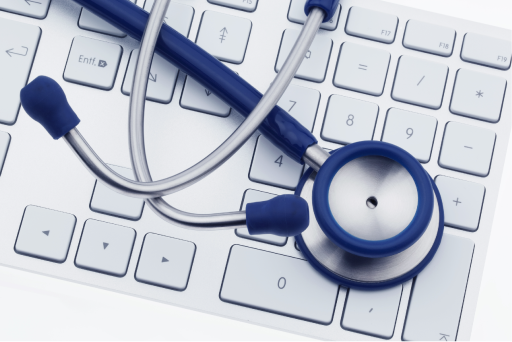 The future of health and living has never been more bright than it is now. Through advanced technology and procedures, those suffering from various ailments may have hope in returning to a productive and meaningful lifestyle. Although some developers are still in trial stages with various devices, each successful innovation puts humanity one step closer to improving the lifespan and health of the people on this planet. As time continues, a greater understanding of the potential of medical technology can be witnessed by many. Technology is currently being used that scans and monitors the movements of the eyes. This helps those that can’t speak by allowing the individual to type a message by doing nothing more than looking at letters on a screen. The ramifications for the development of eye-tracking devices is great as the technology can be used in a wide range of applications from medical to law enforcement. Those faced with paralysis such as quadriplegics and other afflictions are still able to communicate while controling various devices.

Hearing aids are not a new technology and have been used for decades. However, advancements in technology have made these devices less obvious while providing clearer sound transmission. Some of these devices are even waterproof allowing a wearer to enjoy a casual swim while still being able to hear those around him or her. Units developed by companies such as Miracle Ear offer resistance to many problems such as shock and dust while providing a transparent look to ease the self-consciousness of those in need of the hearing device.

Printing objects in 3D has potential to solve many manufacturing complications. Investigated by NASA as an alternative for food supplies during space missions, this technology has long since developed a variety of products. Currently, the technology is being used for organ development. Small sections of tissue have been created for various studies and the research looks promising for full scale organ printing. If this technology advances further, those in need of transplants would no longer have to spend months or even years on a waiting list. The hospital staff could simply print out the organ in question.

By developing sensors and software capable of identifying various brainwave patterns and applications, developers are attempting to design elaborate methods of computerized brain interfaces. While some scientists are putting together research for controlling various electronics with a thought, variations of the technology are being tested for treating mental illnesses. Devices such as these could eliminate cranial MRI scans allowing a doctor to diagnose a patient in the office with a unit the size of a hat. This could reduce costs as well as decrease the time it takes for proper diagnosis and treatment.

Instead of removing blood through the use of a needle, transdermal biosensor technology is being developed in order to test for various complications within a human body. These devices work like a patch that detects various elements of the cardiovascular system without intruding an individual’s body. Further development of this kind of technology could put accurate blood tests for various illnesses on the shelves at your local pharmacy. However, it may be some time before these are made available to the general public.

Technology goes beyond the small computerized device that sits in your pocket. It’s more than the gaming console that your children want to get on Christmas morning. It’s a way to improve the health and lifestyles of many that are unable to receive proper treatment for various afflictions. Humanity is on the brink of solving some of the most devastating health complications through the use of evolving technology.