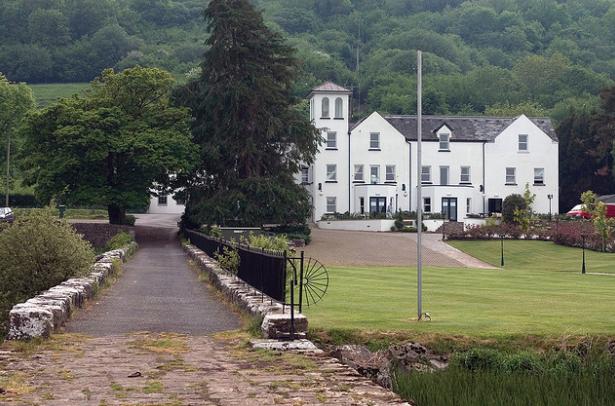 For the majority of people, advanced levels of security are not a priority. As long as doors and windows can be locked and appear to be quite secure, that’s about as far as we go when it comes to securing our home and its contents.

But if you are a millionaire, such a lax outlook towards home security is somewhat mediocre. Considering you’ve got the cash to buy virtually whatever you want, would-be thieves will more likely target your mansion or villa rather than that of someone who earns very little in comparison. If you are suffering from such a first-world problem and you just don’t know of the best ways of securing your expensive artwork, hi-tech gadgets or priceless valuables, or you are just a pauper like me but are into all things techy, here are some of the technological ways that millionaires often secure their homes from intruders and thieves.

Short for “closed-circuit television”, this technology has been around for decades and provides an effective means of monitoring an infinite amount of indoor and outdoor locations from a remote location, such as a dedicated camera operation control room.

We can’t have people located in all places at all times (even if we were millionaires), and we certainly wouldn’t want to because everyone would like to maintain some degree of privacy from the outside world, even from those that we employ to work for us.

CCTV systems enable us to be our eyes and ears, and are often linked to recording devices such as DVRs (digital video recorders). They can be configured to record 24/7, or only when a motion sensor is triggered.

According to CCTV experts MRFS Group, we can even have camera systems known as “IP cameras” which are connected to a computer network and subsequently to the Internet, making it possible to monitor and record from any location around the world. The best thing about such systems is that you don’t even need a computer to monitor your cameras remotely, because you could just use a handy smartphone or tablet app!

Cameras are great for monitoring your property, but they won’t do anything to stop unauthorised persons from entering your home (although they do provide a good visual deterrent).

In order to control who goes in and out of your home, you can invest in a state-of-the-art access control system. You will probably have encountered such a system in everyday life, such as smart cards which you can hover over a reader or insert into a slot to let you in or out of a building or a room.

Many modern hotels use keyless rooms for guests, opting to offer them smart cards to provide hotel and room access rather than traditional keys which could easily be fraudulently duplicated for the purposes of theft.

Perhaps the most obvious visual deterrent that any millionaire could have is a burglar alarm system. At its most basic level, they can be connected to a remote monitoring centre that can contact the police in the event of a break-in, ensuring a rapid response to any burglaries in progress.

Some security firms even couple burglar alarm systems with regular patrols by their own personnel, as an aid to increase the security of such affluent locations.