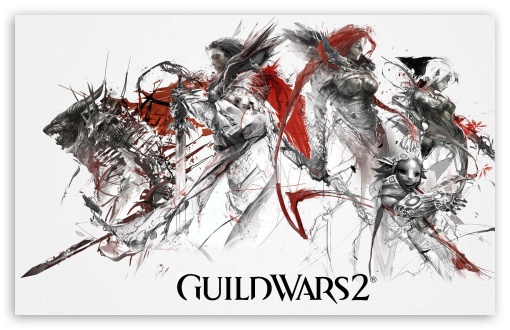 Guild Wars 2 China Pre-Orders Begin April 2, Open Beta Launch Set for May 15 – Apr 01, 2014– Beijing, China (Techreleased) – KongZhong Corporation (KONG), a leading provider of digital entertainment services for consumers in the People’s Republic of China, today announced details for the China launch of Guild Wars 2®, the groundbreaking fantasy MMO developed by ArenaNet. KongZhong announced that the open beta launch for Guild Wars 2 in mainland China will start on May 15th, the first territory in Asia to launch the game, with pre-orders beginning on April 2nd. As the most anticipated online role playing game in China in 2014, Guild Wars 2 China is following the same business model that has helped make the game a hit in the West, offering a CDKey model where people just pay once and then play the game without subscription fees. The model is quite revolutionary, as the first of its kind for a MMO product in China’s game market.

On March 21st, KongZhong announced the CDKey price at RMB 88 and opened an 80-hour long free trial to Chinese players. During this time, players’ excitement helped increase the game’s Baidu index to over 130,000 as well as attract great attention from Chinese media. Nearing the open beta and throughout 2014, Guild Wars 2 has ranked #1 on China’s new game popularity lists and has been named the most anticipated online game by mainstream Chinese press including 17173, Duowan, Sina, and Tencent. In the past two years, ArenaNet and KongZhong have put tremendous efforts in making Guild Wars 2 a premium, one-of-a-kind experience for China gamers, translating millions of words of text, voice dubbing tens of thousands of character speech lines and localizing hundreds of game features and systems.

Guild Wars® 2 is a visually stunning MMO that offers players the epic grandeur of a massive role playing environment combined with innovative combat mechanics, dynamic events, and customized personal storytelling. Building on the success of Guild Wars, NCSOFT and game developer ArenaNet™ have created an MMO that lets gamers play the way they want, while at the same time retaining the no-subscription-fee business model that made the original Guild Wars so popular. For more information about Guild Wars 2