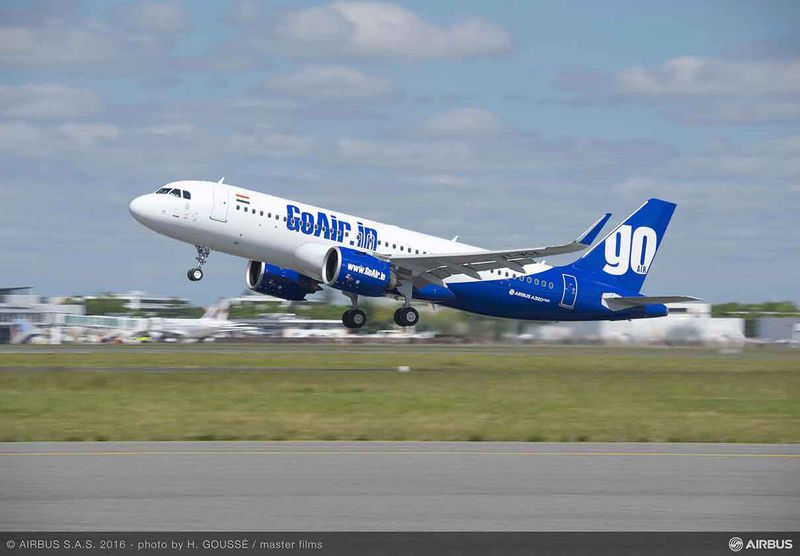 The aircraft is configured in a conformable layout and is the first A320neo equipped with the innovative Spaceflex cabin configuration with 186 seats. GoAir currently flies to 22 Indian destinations. With the NEO induction, GoAir will expand its network and offer fliers better connectivity and continue its growth as one of India’s preferred low-cost airline.

GoAir’s first A320neo is the first of the type to be financed on a sale and leaseback through SMBC Aviation Capital.

The A320neo Family incorporates latest technologies including new generation engines and Sharklet wing tip devices, which together deliver more than 15 percent in fuel savings from day one and 20 percent by 2020 with further cabin innovations.

The A320neo Family is the world’s best-selling single aisle product line with over 4,500 orders from 82 customers since its launch in 2010 capturing almost 60 percent share of the market. Thanks to their widest cabin, all members of the A320neo Family offer unmatched comfort in all classes and Airbus’ 18” wide seats in economy as standard. To date, seven A320neo aircraft have been delivered to three customers.