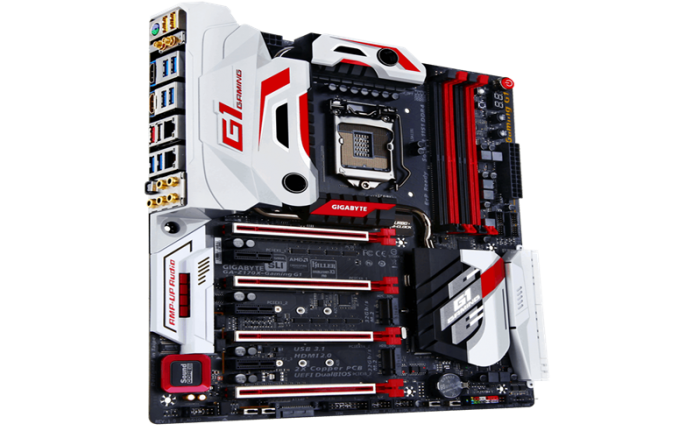 GIGABYTE’s Latest Products To Be Showcased At DreamHack in Leipzig –Jan 20, 2016– Taipei, Taiwan (Techreleased) – GIGABYTE Technology A leading manufacturer of motherboards and graphics cards, invites all gaming enthusiasts to DreamHack, one of the world’s premier eSports festivals in Leipzig, Germany from January 22nd to 24th.

Since its first event in 1994, DreamHack brings together over 20,000 gaming enthusiasts for a weekend of gaming, digital arts and music. Gamers that compete in the various tournaments, which are broadcast around the world on Twitch, during the festival, have the chance to win big cash prizes.

Setting the standard for innovation, GIGABYTE, an undisputed leader for motherboards, is pleased to bring some of our most innovative and critically acclaimed products to DreamHack. GIGABYTE’s showcase will feature the GA-Z170X Gaming 7-EU, GA-Z170X Gaming 5-EU, GA-Z170X Gaming 3-EU, GA-Z170 Gaming K3-EU, and the award winning GA-Z170X Gaming G1. We are also excited to give the world another look at our new High-End Desktop (HEDT) boards that first debuted at CES 2016, the GA-X150-PLUS WS and the GA-X170-Extreme ECC.

GIGABYTE’s gaming motherboards based on the Intel® Z170 chipset have a wide range of features to meet the needs of gamers and enthusiasts. With the 6th Gen. Core™ processors and Z170 chipset, Intel provides notable improvements over the previous generation and revolutionary new features such as support for DirectX™ 12, continued support for DDR4, and enhanced Baseclock (BCLK) overclocking.

For the most demanding users that needs to combine gaming and work, GIGABYTE offers the GA-X150-PLUS WS and the GA-X170-Extreme ECC. With support for the Intel® Xeon® E3-1200 v5 processors on the LGA1151 socket, the GA-X150-PLUS WS and GA-X170-Extreme ECC are high-end workstation class motherboards designed for enthusiasts and professional users that require the raw computing horsepower of a Xeon processor for content creation, design and video editing while also enjoying the best gaming experience.

GIGABYTE will also be hosting a PC Gaming experience area where users can play the latest games, including World of Warships and World of Tanks™, on state of the art computers powered by GIGABYTE motherboards and graphics cards.
DreamHack kicks off on January 22 at the Leipzig Trade Fair, GIGABYTE can be found in the exhibition area of the Trade Fair at booth ‘GIGA’ in HALL 5.