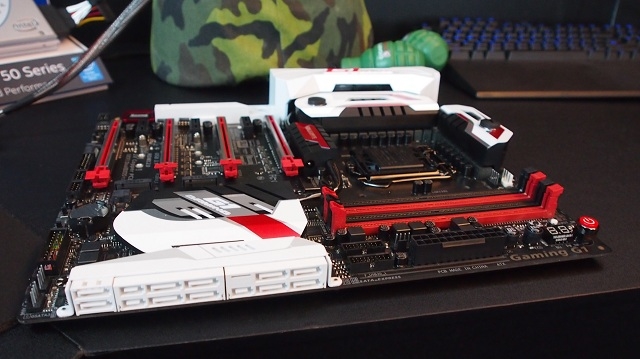 Users that wish to upgrade their motherboard can download an updated version of the firmware from GIGABYTE’s website. Once the user installs the updated firmware, Thunderbolt™ 3 support will be enabled on the motherboard.

Powered by Intel’s own Thunderbolt™ 3 controller, the new Thunderbolt™ 3 protocol, which is available over a USB Type-C™ connector on the back I/O of select motherboards, brings an unprecedented single-wire bandwidth of up to 40 Gb/s — twice more than the previous generation!

Thunderbolt™ 3 over USB Type-C™ supports DisplayPort 1.2, which is able to drive a 4K resolution display at 60 FPS, and revolutionary industry-first features such as power delivery up to 36W, as well as the ability to daisy-chain up to 6 devices per USB Type-C port.