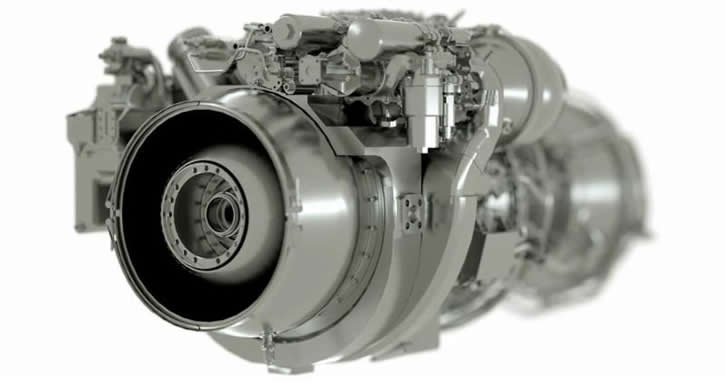 The full modularity of the XT901’s single-spool core provides the Army with superior fix-forward maintainability. Combat units can swap out modular parts of the engine in the field and travel with fewer full-sized spare engines, simplifying logistical footprints and supply lines. “Compared to a dual-spool core, the XT901’s proven, single-spool core is less complex, less expensive, lighter weight and fully modular,” said Hutter.

Additive manufacturing and CMCs, in particular, allow GE to create advanced, cost effective parts with shorter development time that significantly reduce specific fuel consumption, decrease weight by one third and increase durability. Some of the additively manufactured and CMC parts incorporated in the XT901 engine simply cannot be made with traditional manufacturing means. One of the additive parts in the XT901 reduces an assembly of more than 50 subcomponents into one part.

CMC components used in the hot section of the XT901 can withstand temperatures 500 degrees Fahrenheit hotter than metal components. Over the past decade, GE has spent more than $1.5 billion to bring advanced CMC technology to market. To meet the projected future demand for CMCs, GE invested $200 million to build America’s first center for mass-producing raw materials used to manufacture CMCs. It is located in Huntsville, Ala., and held its ribbon cutting ceremony in May 2018.

The Army and GE successfully completed their Preliminary Design Review (PDR) this past May, approving GE Aviation’s design and configuration of the XT901 engine. PDR completion is a major milestone within the Technology Maturation and Risk Reduction (TMRR) contract, a $102 million, 24-month contract the Army awarded GE in September 2016, that was recently extended to March 2019. The U.S. Army Contracting Command, based at Redstone Arsenal in Huntsville, Ala., plans to down select to one engine manufacturer for the EMD phase within the next few months.