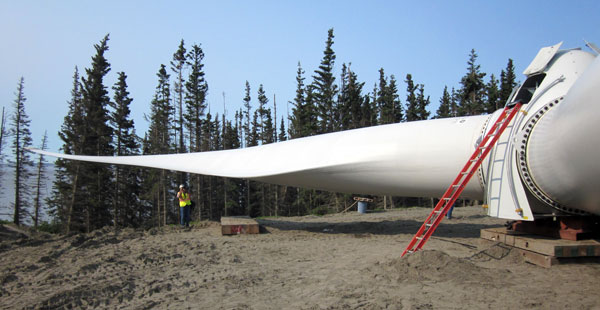 The announcement was made at an event attended by Don Pierson, the Louisiana Secretary of Economic Development, and Duncan Berry, the CEO of LM Wind Power. The event featured remarks from Pierson, Berry, and a number of local officials as well as a tour of the new research facility.

Berry said, “Innovation is at the heart of our company. Our customers rely on us to push the research envelope to make blades lighter, stronger, and more affordable. This new Technology Center gives us a local base from which to support our customers in the Americas as well as to partner with world-class researchers from the US Department of Energy and elsewhere in the US.”

Louisiana Gov. John Bel Edwards said, “With energy and advanced manufacturing representing two of Louisiana’s key industries, the launch of LM Wind Power’s Technology Center for the Americas in New Orleans is a perfect fit for our state. GE and LM Wind Power have already seen the benefits of working on the Michoud Assembly Facility campus, and their commitment to create 100 new jobs reflects well on our state’s workforce and infrastructure. As wind energy supplies an increasing portion of our power needs, we can take pride in Louisiana’s contributions to this vital industry.”