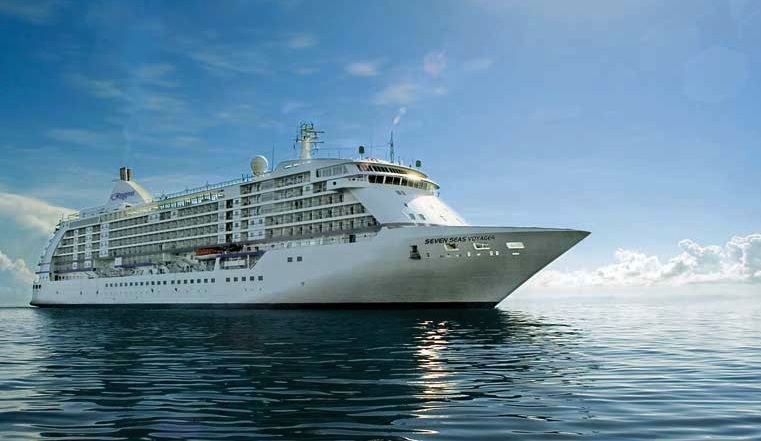 The plate-cutting ceremony was held today at the Sestri Ponente (Genoa) shipyard for the “Seven Seas Explorer”, the first super luxury cruise ship that Fincantieri is building for Regent Seven Seas Cruises, brand of the Prestige Cruise Holdings group. The delivery is scheduled for summer 2016.

The ceremony was attended, among others, by Kunal S. Kamlani, President of Regent Seven Seas Cruises, while Fincantieri was represented by Gabriele Cocco, Executive Senior Vice President Merchant Vessels, and Raffaele Davassi, the Sestri yard manager.

The contract is worth approximately USD 450 million. SACE (Italy’s export credit agency) has made a significant contribution to finalizing this deal thanks to its provision of export guarantees to the banking system, allowing Fincantieri to present the cruise line with a satisfactory package of technical, commercial and financial proposals.
With its 54,000 gross tonnes and 223 metres in length, “Seven Seas Explorer” will be the flagship of the fleet, with accommodation for 738 passengers in 369 spacious suites.

The new ship will be built using the very latest in environmental protection technologies. The interiors will be particularly sophisticated, with every attention paid to passenger comfort.

In the recent past, the Sestri Ponente Shipyard has delivered two extra-luxury units for Oceania Cruises, brand of the Prestige Cruise Holdings: “Oceania Marina” built in 2011 and “Oceania Riviera” in 2012. The sister ships have the following specifications:
Gross tonnage: 66.000,
Length: 238 m,
Beam: 32 m,
Guest decks: 11.