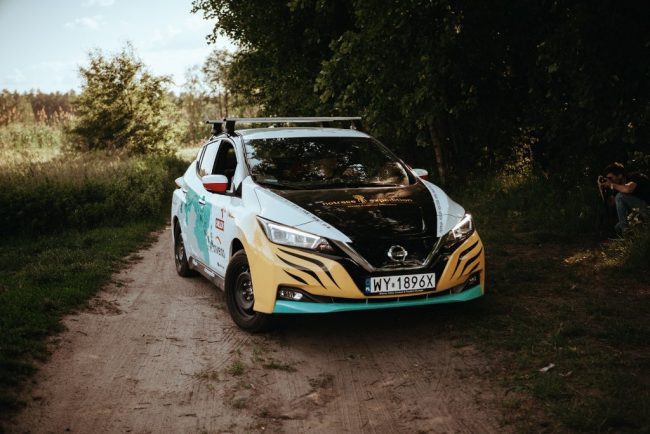 Marek’s eco-friendly trip took him from Zakopane, Poland through eight countries over two continents and a host of varying driving conditions, passing through Lithuania, Belarus, Russia, Mongolia, China and South Korea on his way to the finishing point in Tokyo.

The “no trace left behind” mantra of the #NoTraceExpedition demonstrates the feasibility of zero-emission travel by electric car, and sets the example for explorers wanting to visit the world’s furthest corners without damaging the environment.

Though Marek can claim to be the first man to have trekked to the North and South Poles in the same year, his expedition by electric car is likely to be just as memorable.

The new, 100 per cent electric Nissan LEAF is at the forefront of Nissan’s Intelligent Mobility strategy, featuring forward-thinking technology designed to make it better than ever to drive and own.

With a new 40 kWh battery yielding a combined driving cycle range of 270km under the new, real world-reflective WLTP emissions and economy framework, the LEAF offers customers an assured and dynamic driving experience.

“Whether in the wilds of Russia, on remote Mongolian dirt tracks or in the bustling streets of Tokyo, the LEAF has been a reliable partner throughout.

“The car and features, such as ProPILOT, were impressively capable in tough driving conditions, and even in remote areas with little infrastructure, we kept the LEAF charged and on the move.

The Nissan LEAF is the best-selling electric vehicle in history, having reached over 340,000 units sold since the first-generation model was launched in 2010.

With more than 41,000 units sold in Europe since its introduction in October 2017, the new Nissan LEAF continues to extend this legacy, helping pioneer a sustainable future that unites intelligent power, intelligent driving and intelligent integration.