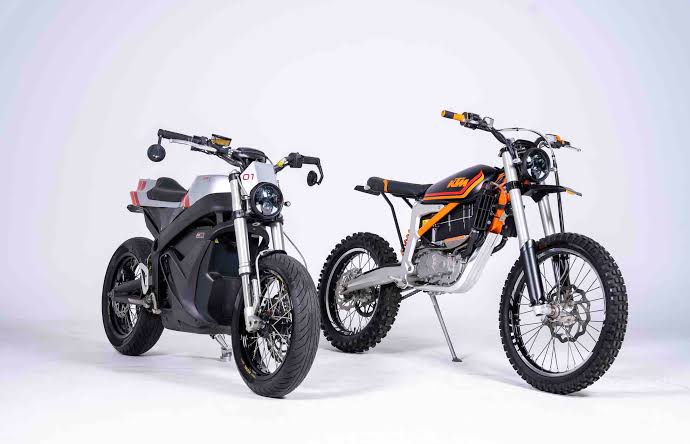 Direct drive/Hub Motor
Direct drive or hub motor is the most popular drive train for low and mid power electric motorcycle. This is due the fact that these type of drive train requires minimal or no maintenance and no chain assembly required because they are entirely independent from motorcycle other parts and do not require additional parts.

These motors have no moving parts except the bearings in the motor and in most electric motorcycle gearless hub motor are used to provide the motor speed and torque directly on wheels. They are much cheaper than its counterpart.

Mid-Drive/Center Motor
Mid-drive or Center motor as name implies, they are installed in the center of gravity or body center of electric motorcycle. These types of motor are expansive than hub motor and used in high end motorcycles. These can be incorporated with gearing system which is much helpful in climbing and descending. They are more powerful than hub motor when driving on hills or off road.

II.) Controller
Controller is the brain of an electric vehicle which operates between the vehicle’s motor and battery, its main function is to control the speed of the motor and also regulates the flow of current from battery according to the input and requirement of the motor. These controller have different additional features like regenerative breaking for recharging batteries in event of applying breaks to reduce speed.

We will be discussing about the chemistry only for the common type of batteries used in Electric vehicles and also which is favorable to be used in Pakistan.
Lead Acid Batteries
It is an old and most common chemistry battery used in every sector of industries and home. If using this chemistry battery either flooded or dry lead acid battery, it have only one advantage which is the price. Lead acid batteries are the cheapest in market of batteries. In Pakistan manufacture/assembler are using this battery to reduce the price of motorcycle at the buyer end but due to its huge disadvantages, this battery is not suitable for installing in electric bike. The weight of the battery is about twice as compared to other chemistry which deteriorate the performance of the vehicle. The second biggest disadvantage is its cycle life. With standard working temperature of 25c this can give only 1,500 to 2000 cycle with diminishing performance and can last around 2 to 3 years, if good quality battery is utilized.

Lithium Iron Phosphate (LFP)
This chemistry battery is recent invention in the lithium series of batteries. They have more cycle life than its counterpart NMC batteries which is about 5,000 to 7,000 cycles. They do not explode or catch fire easily and are among safest in the line of Lithium based chemistry. Its energy density is about same as NMC but they are more expensive than the NMC batteries. Lithium Iron Phosphate LFP are the best suited batteries for Electric vehicle in Pakistan.

There are many more parts are required when producing an electric motorcycle and the quantity of these parts varies as per the specification of the designed motorcycle. We will be discussing here only major parts which are required on the existing frame used in patrol motorcycle.

DC/DC Converter
Normally the motor of electric motorcycle operate in between 48v to 72v range and electrical instruments such as lights and other indicators runs on 12v. Therefore, the battery voltage should be stepped down to 12v so that other instruments can work. For this Dc/DC Converter is introduced in the system.

Conclusion
It is concluded that due to current economic conditions, introducing Electric motorcycle in Pakistan is feasible and profitable as well. By using same patrol frame 90% of currently assembly line can be utilized by the assemblers, which will reduce additional production cost and overheads. It is also worth noted that for success of the product, Electric Vehicle professional should be hired for the design and development of Electric motorcycle so that the