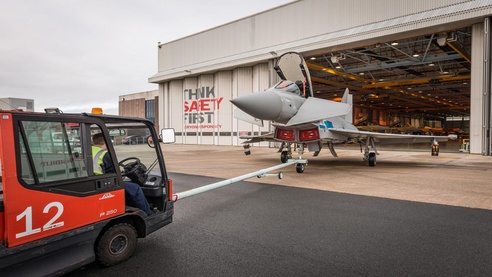 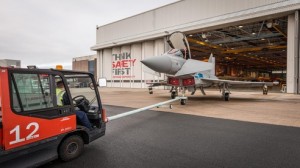 Now, in the latest phase of the programme, IPA5 has been moved from the Development hangar to the Typhoon Final Assembly hangar at Warton.

This move marks the completion of the modification and re-build phase which got under way in August 2012 and signals preparations for flight test of the aircraft.

IPA5 will now undergo a series of tests including dedicated fuel and hydraulic system testing.  Following these activities, the first flight of the modified aircraft is expected to take place.

Already regarded as one of the world’s leading swing role combat aircraft, E scan Radar capitalises on the enhanced maturity of this technology, further enhances the platform’s capabilities and its desirability in the export market.