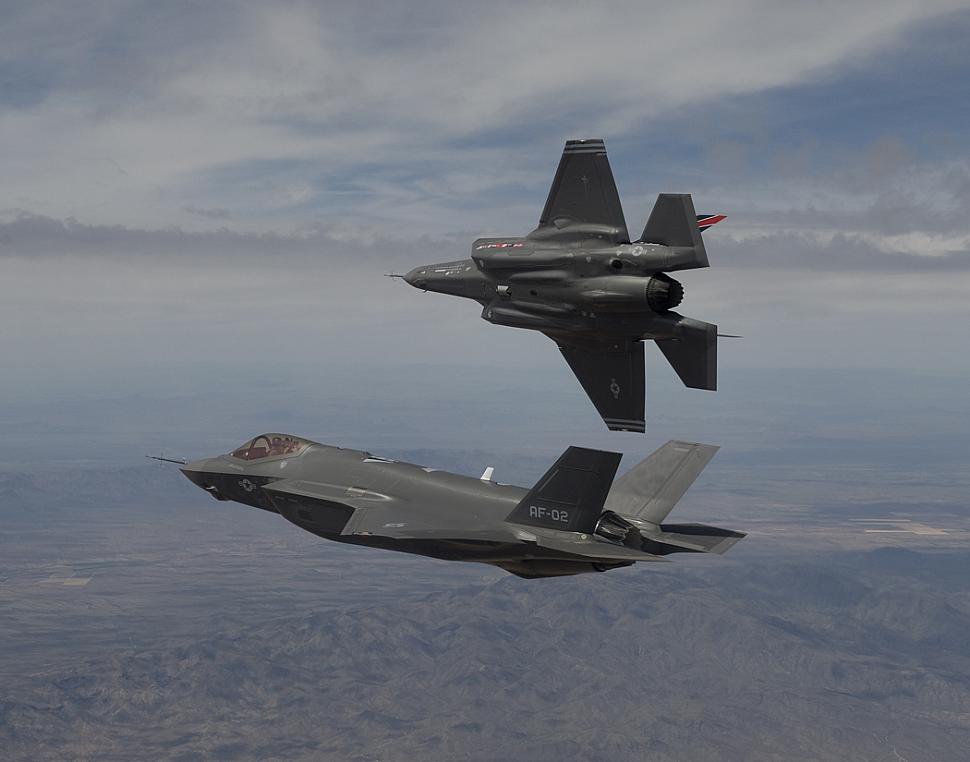 DOD Plans To Deliver F-35’s 5th Gen Capability At 4th Gen Cost By 2019 – Jul 10, 2014– Washington D.C, USA (Techreleased) – Today, the Department of Defense announced an agreement aimed at reducing the price of an F-35 Lightning II 5th generation fighter to the equivalent of today’s 4th generation fighters by the end of the decade. Designated “The Blueprint for Affordability,” the DoD and F-35 industry partners – Lockheed Martin, Northrop Grumman and BAE Systems signed an agreement to implement cost reduction initiatives to lower the production costs of F-35 aircraft. The agreement is built upon the U.S. Government’s Better Buying Power 2.0 initiative, which encouraged defense contractors and the USG acquisition community to determine new and innovative ways to reduce the cost of their goods and services.  Leading the change is an upfront investment by Lockheed Martin and F-35 industry teammates BAE Systems and Northrup Grumman.

Specifically, LM, NG, and BAE will invest up to $170 million from 2014 – 2016 in affordability measures, directly resulting in a lower-priced aircraft. Only after a reduction of cost, will industry recoup the investment plus profit with the accrued savings from the cost reduction initiatives. From 2016-2018, the USG has the option to invest additional money if the initial cost reduction initiatives are successful. The primary way the government will realize its savings is through reduced F-35 unit recurring flyaway (URF) cost.

“This is a significant change in business approach within the F-35 program,” said Lt. Gen. Chris Bogdan, F-35 Program Executive Officer. “Industry partners will make an upfront investment into cost cutting measures that the government and taxpayers will reap benefits from by buying F-35s at a lower cost.  By 2019, we expect that the F-35 with its unprecedented 5th generation capability will be nearly equal in cost to any other fighter on the market, but with far more advanced capability.”

The reduced URF will have long reaching benefits for the program, and international countries purchasing F-35s will also benefit from this savings.   In the future, the government is looking at similar ways to drive down the costs of operating and sustaining the F-35.

“We are taking these unprecedented measures in support of our customers’ affordability challenges,” said Lorraine Martin Executive Vice President and General Manager, F-35 Program. “We have total faith in the F-35 to support the U.S. and our allies’ future defense needs. Our industry team knows what is at stake given the current budgetary and global security demands to reach these cost milestones.”

The F-35 Lightning II is a 5th  generation fighter, combining advanced stealth with fighter speed and agility, advanced mission systems, fully fused sensor information, network-enabled operations and cutting-edge sustainment. Three distinct variants of the F-35 will replace the A-10 and F-16 for the U.S. Air Force, the F/A-18 for the U.S. Navy, the F/A-18 and AV-8B Harrier for the U.S. Marine Corps, and a variety of fighters for at least 10 other countries.