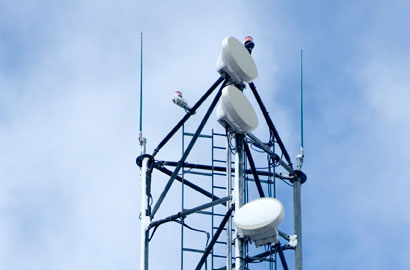 DOCOMO and Huawei Confirm LTE Network over Unlicensed Spectrum – Aug 22, 2014– Tokyo, Japan (Techreleased) – NTT DOCOMO, INC., a personalized mobile solutions provider for smarter living, together with DOCOMO Beijing Communications Laboratories Co., Ltd. and Huawei announced today that their joint test has successfully demonstrated that LTE can be deployed over the 5GHz unlicensed spectrum, which is widely used for wireless LAN networks in many countries today. In research carried out at a Huawei facility in Beijing since February 2014, DOCOMO and Huawei have been conducting experiments of Licensed-Assisted Access (LAA), a technology that expands LTE-compatible spectrum to unlicensed spectrum bands, thereby providing complementary access for the LTE operator network. Currently, LTE’s compatible spectrum bands are licensed between the 700MHz and 2.5GHz bands in Japan.

The indoor test found that LAA can work in 5GHz bandwidth, leading to cell capacity of approximately 1.6 times greater than that of IEEE 802.11n, a standard specification for WLAN. This significant result was a positive indication that LAA can be utilized as an enhancement of LTE, and also LTE-Advanced, which DOCOMO plans to launch by March 2015. For example, higher-speed data communications and a higher cell capacity in dense traffic areas should be achievable by utilizing the 5GHz spectrum for LTE and LTE-Advanced on a complementary basis in coexistence with wireless LAN.

“We are very pleased to have confirmed that LAA is a viable technology for LTE and future LTE-Advanced,” said Seizo Onoe, Executive Vice President and Chief Technical Officer at NTT DOCOMO. “We aim to contribute to the standardization of this technology, which inherits the highly advanced features of LTE, to further enhance the global user experience with wireless broadband.”

“We are pleased to see successful joint field results on deploying LAA in partnership with NTT DOCOMO,” said Ryan Ding, Executive Director of Board and President of Products & Solutions, Huawei. “Huawei is committed to helping operators to provide end-users with abundant mobile broadband experience by utilizing core LTE technologies such as LAA in spite of limited spectrum resources. We will continue to work with NTT DOCOMO and contribute to global standardization efforts through these joint research efforts.”

The standardization of LAA, which shows great potential as a solution for extremely condensed data traffic, is likely to be discussed later this year by 3GPP, an industry initiative to drive standardization of key telecommunications technologies. DOCOMO will continue to pursue development of this advanced mobile technology while playing a leading role in its standardization.