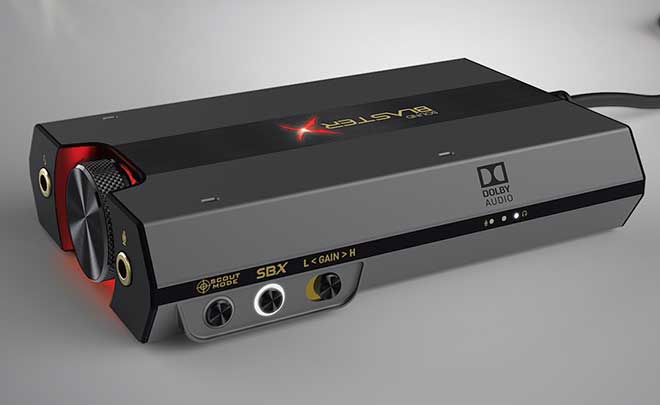 “We noticed a lot of our fans actually purchased the earlier G5 for PlayStation 4 and other consoles—which was a departure from its traditional usage with PCs. As more and more people discover the value of great audio outside of the world of the PC, we wanted to offer another option with even better performance and components.”

The Sound BlasterX G6 is designed with PS4, Nintendo Switch, PC, and Xbox gamers in mind. With gaming-specific features such as Dolby Digital decoding and Sidetone volume control, the Sound BlasterX G6 provides an incredible improvement over default motherboard audio. Adjust headphone/speaker playback volume and sidetone volume to optimize chat and game audio with a touch of a button.

The Sound BlasterX G6 will be available online on Creative.com at SGD219.