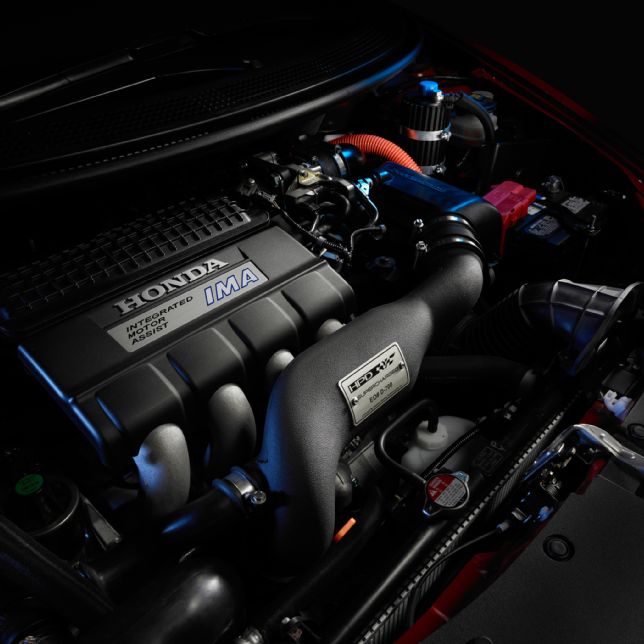 CR-Z Sport Hybrid Gets Supercharged with HPD Street Performance – Aug 21, 2014– Torrance, USA (Techreleased) – Supercharged performance for the street is now available in the Honda CR-Z Sport Hybrid Coupe through a new dealer-installed Honda Performance Development (HPD) supercharger kit. Best known as Honda’s North American racing company, HPD developed a full line of street performance accessories for the CR-Z and first revealed them at the 2013 SEMA Show. With the debut of the supercharger kit this month, all of the HPD street performance components for the CR-Z are now available at Honda dealers in the United States.

“The CR-Z was the first hybrid to prove that efficiency doesn’t have to come at the cost of sportiness and fun,” said Art St. Cyr, president of Honda Performance Development. “With HPD street performance accessories, including the new supercharger kit, the CR-Z will surprise everyone again with even higher levels of performance directly inspired by our on-track racing efforts.”

Available for the 2013 and 2014 CR-Z, the HPD supercharger kit boosts total powertrain output to 197 hp1 (vs. 130 hp in the stock 2013 and 2014 CR-Z with manual transmission) and includes the HPD air-to-air intercooler, high-flow fuel injectors, an ECU calibrated to meet CARB AT-PZEV regulations with 91 octane fuel and the HPD air filter system. Honda’s Suggested Retail Price of the kit is $5,495, not including dealer installation, which is priced similarly to popular aftermarket supercharger kits but is engineered and backed by Honda. The HPD supercharger kit maintains the balance of customer’s 5 year/ 60,000 mile Honda limited powertrain warranty when installed by a Honda dealer. The HPD supercharger kit is available exclusively for CR-Z manual transmission models and HPD has developed an optional limited slip differential and HPD sport clutch for those customers looking for an even higher level of performance.